Third party traffic data shows Facebook usage dropping off in core markets — like these numbers just in from Hitwise (see graph, below) — even as the company struggles to do things like monetize and improve important projects like its developer platform. Facebook is moving out of its rosy childhood and into adolescence, assumably re-shuffling its executives to cope with its challenges.

So who should help founder and chief executive Mark Zuckerberg lead the company? Before you vote in the poll, above, here are some thoughts.

Zuckerberg is a visionary, a product guy. He needs to focus on making sure Facebook continues to have one of the best user experiences and largest, most active user bases in the world. Instead, as blogger Kara Swisher details, the company is looking to hire a new top executive who has experience in advertising, marketing and operations.

Basically, Facebook needs somebody who can monetize without destroying the cool quality of Facebook, help double its headcount, and eventually take the company public.

Swisher suggests a long list of potential executives, and concludes that leading entrepreneur Marc Andreessen is the best fit, because he and Zuckerberg have had similar personalities and experiences. But, it’s hard to imagine Andreessen wanting to spend time doing advertising or marketing as opposed to product development. Also, Andreessen is busy with Ning, his do-it-yourself social network service that in some sense competes with Facebook for users.

Or maybe, Zuckerberg, who has openly admired Bill Gates, will want to continue honing his own operating skills, and distribute power among multiple executives (what he has done up to this point).

Or maybe, Zuckerberg needs to hire a media executive who can turn Facebook into more of a content and celebrity-focused site like MySpace or Bebo, as some have suggested. Or maybe, with the success of some simple game applications, Facebook needs an executive who understands advertising and games.

The company has lots of fires to put out all at once, now. A Nielsen report published yesterday showed Facebook traffic growth numbers dipping in the UK, although Facebook tells us that January had more monthly active users than December. Today, numbers from ComScore show the same thing happening in the US. Meanwhile, the company has been refining its platform, possibly out of concern that spammy third-party applications are bombarding users with invite requests and emails (our coverage)

If Facebook is going to ever be worth $15 billion, who should it bring in? Vote in the poll below to let us know what you think. 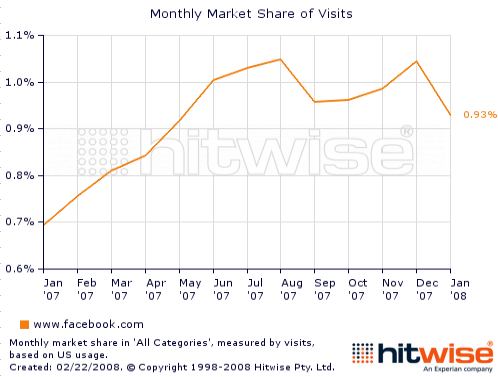