Facebook is showing off a preview of its new profiles, that could significantly change the fate of some third-party Facebook applications.

As with Facebook’s many past changes to its site, this one will alter the rules, to condone certain app’s behaviors while punishing others.

Now, profiles will rely on a horizontal tab interface, where you can click between your profile info (“about”), your wall — which appears to have been combined with your news feed — and your photos. You can also add tabs for your favorite applications.

Note: Facebook seems to be taking a conservative approach this time around than it did with its news feed or advertising efforts. The company is previewing the changes in this Facebook preview fan page, here.

The significance for companies with Facebook applications is that they, applications need to convince users to proactively add their applications into this narrow band of real estate. It’s also not clear if users can delete, say their wall and add in an applications version of the wall.

The move also could be a more convenient integration of the news feed, which previously was your site homepage, which you had to navigate to through a small “home” button. But I think it’s an open question whether or not users want their news feed and wall mixed. 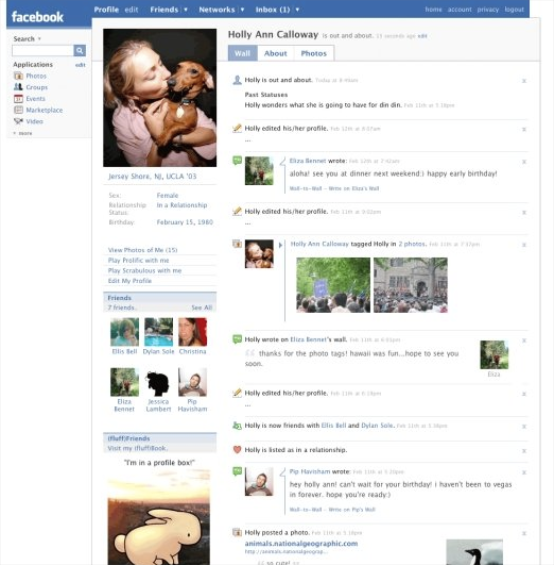 Both of these companies have told me that having a place on Facebook’s (current) profiles is crucial to getting more users, because people spend most of their time on profiles. Both companies have managed to maintain robust usage — using these “walls” to show off videos and other content. 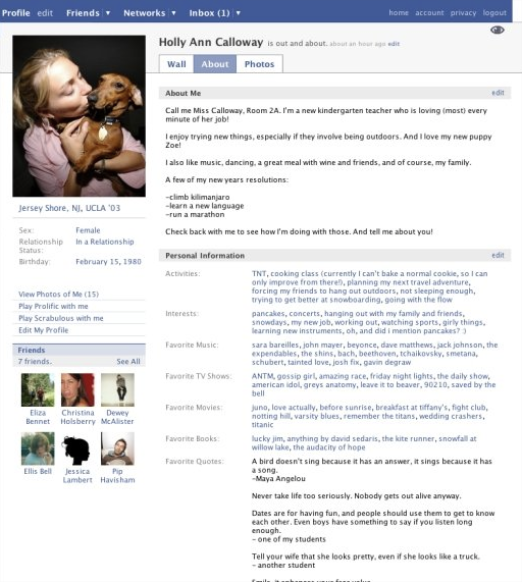