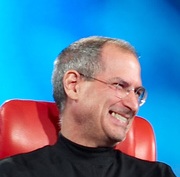 Generally, massive hype begets backlash, and the iPhone SDK (software development kit) is no different. Unveiled amid a flurry of hoopla just a little over a week ago (our coverage), the detractors are now coming out and calling the SDK “a joke”, as Zac Bowling did over the weekend. Well, if it is a joke, it may very well be on those developers who decide not to cash in on what will surely be a wildly successful platform (our coverage).

The complaints about the SDK are about the restrictions placed on it. Some of the main complaints include: Restrictive API usage, no SIM unlocking and not having the ability to run more than one application at a time. Mike Arrington of Techcrunch enumerated some of restrictions right after the announcement, and Zac Bowling extends upon them.

While some of these restrictions are valid points and are definitely worth noting, it’s also easy to forget that most people out there will not care in the least bit about them and further, will have absolutely no clue what any of it means. Users want shiny new native applications for their iPhones, and they will get them with the SDK. What they do not want are potential security risks (our coverage) and poor performance — which they would get if the platform was as open as some want it to be.

Of course, Apple and AT&T also want to make money. Unlocking the SIM cards and allowing for VoIP over the data network would be detrimental to them. It is important to note however that VoIP will be available over the WiFi connection. This means that if you’re sitting in your apartment and have a wireless signal, you will be able to use VoIP (and more importantly, none of your AT&T monthly minutes). Sure, it probably won’t make sense to use it on the street as WiFi signals come in and out while you are moving, but did anyone really expect AT&T to allow for VoIP everywhere? They still have a carrier service to run. “VoIP is a bandwidth hog and with unlimited data, it hurts the carrier,” Bowling concedes.

As I note in the headline, Apple is going to be laughing all the way to the bank with the iPhone SDK — limitations or not. The company has already seen an overwhelming number of SDK downloads and venture firm Kleiner Perkins has seen a massive initial response to the iFund initiative they set up to give developers funding to make iPhone apps (our coverage).

We spoke with Matt Murphy, the KBCP partner heading up the iFund team, last week and his excitement about the fund was apparent. He spoke of an internal company bet based on the over/under of how many iFund applications would come in during the first 30 days — while he wouldn’t give an exact number, he did say that they surpassed the ‘over’ in less than two days!

Those developers, it seems, didn’t get the memo about the iPhone SDK being a “joke”.