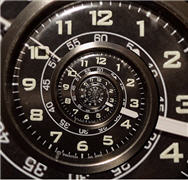 I have a very counterintuitive — and perhaps unfashionable — approach to innovation. But it works.

Instead of focusing on hot new waves of technology that may or may not flood the market with success, I concentrate on the oceans of opportunity that currently exist in staid and mature IT. There are five reasons why this Retro Innovation is the most lucrative innovation:

1. Old markets are huge. They’re also established and well understood by customers. So, if you can insert a better mousetrap that addresses the nagging customer pains that still exist in these well-developed arenas, you’ve got immediate gold. The market doesn’t have to grow from $20 million to $1 billion over time for your product to achieve scale, traction and acceptance; and customers don’t have to discover how and why your product matters and fits into their lives.

2. Venture capitalists and inventors are fixated on what’s new, next and on the horizon — the semantic Web, grid networking or social networking, for example. There isn’t a lot of interest in the tools and applications of the past, especially given the dominance of the market leaders in these categories, so innovation in this area faces less competition.

3. Old markets are often populated with executives and entrepreneurs who are victims of their own bias and stasis. So where you are competing, it’s with the “establishment,” which usually means dogmatic developers who have been left behind as the aggressive and truly creative players seek the next big thing. Clayton Christiansen tells us in “The Innovator’s Dilemma” that established products are inertially bound from obsoleting themselves.

4. Old markets actually lend themselves to seismic change if the right technology solutions are brought to bear. Conventional wisdom says that big markets with “good enough” technology are sometimes not worth pursuing because the customer’s pain and priorities simply aren’t high enough on the list for them to care about your better mouse trap. But I believe you can be a game-changer in these situations by offering a new technology paradigm. This doesn’t mean leveraging state-of-the-art technology to improve on the existing product; it means combining many fresh technologies to create a unique product that addresses old needs in an innovative way. For example, take what Pampers did to the cloth diaper in the 1960s, or what Post-It Notes did to the notepad in the 1980s, or what iPod did to MP3 Player in the 2000s.

Consider the surprising success of Zimbra, which offers an open-source email platform product, for instance. We all know that the email product market has been won and done many times over with the heaviest of heavyweights — Microsoft, IBM, Yahoo, Google and every telco and cable company on the planet — throwing their considerable weight around. And yet, Zimbra provided email in a different and essential enough way that one of the heavies, Yahoo, found the need to pay $350 million to bring the upstart into the fold, despite already having an email service. Zimbra’s killer twist was that it was open source and white label-able for large companies that wanted to provide email services to their clients. As a result, it enabled Yahoo to add business-class email to its consumer email services.

5. In old-market innovation there’s far less visibility, fewer spotlights, and much more room to truly experiment with the best solution before launching. Everybody is watching the social networking market like a hawk today, for example, but Zimbra almost snuck up on people because email is considered such a mature application. The bottom line is that you can quietly and efficiently learn a lot about what users like and don’t like in an old technology market, and then design your product accordingly. You can also test your solution more openly (with some disguise, of course) in these well-established and somewhat neglected arenas.

Innovation — as we all know — requires inspiration, creativity, discipline and luck. And to be successful at it, you have to pick your opportunities carefully. My view is that if you take your inspiration and creativity and pour them into meticulously selected markets that have established track records over time, you’ll eliminate the need for luck. Retro is definitely the way to go!

Brent Frei is founder of Bellevue, Wash.-based Smartsheet.com, a privately-held Software as a Service (SaaS) provider.