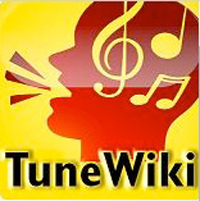 The next-generation iPhone will launch soon, and development for it will only heat up, partially thanks to the $100 million iFund raised by Kleiner Perkins.

It comes as no surprise then, when a start-up that has little more than an application for jail-broken iPhones raises capital.

TuneWiki, an Israeli-based startup which launched in December 2007 by two former Israeli Defense Force fighter pilots, is raising a first round of funding from Benchmark Capital’s Israel Fund, we’ve heard, but it hasn’t gone through yet.

The company launched the iLyric Player in December(see video below), a karaoke-like application that synchronizes and scrolls lyrics, real time, in multiple languages (English, Hebrew, Japanese, and Korean). Users enjoy music on the iPhone, iPod touch, or a personal computer and in true Wiki fashion, all lyrics are user generated and edited.

Yesterday, the company posted a video (see demo here ) of the TuneWiki application, running on the Android platform emulator. The app for Android still plays music with the ability to play, edit and translate karaoke-like synchronized lyrics, subtitled on video and audio.

For Android, however, users can build a virtual media library that sits on the Android file system and can connect directly to YouTube, Yahoo Music, Imeem or a friend’s playlist.

With the increasing litigation against web companies by the RIAA and the publishers it protects, it’s surprising that such a young company like TuneWiki already has one of the big four in its pocket. This month the company signed a deal with Universal Music Publishing Group, allowing its lyrics to be legally viewed in North America. (Although the app obviously targets Israeli and Asian users, so I’m not sure what the ramification is for users outside North America).

The application is a featured application on the iPhone installer, but will most likely see legitimate release through the iPhone Apps store, as well as the stand-alone song lyric website.

We’re tracking down company founders Amnon Sarig and Rani Cohen and we’ll update with more information when we have it.
[youtube http://www.youtube.com/watch?v=nL7ndxjCZyI&hl=en]