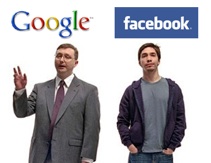 Another Google exec heads to Facebook — Elliot Schrage, Google’s vice president of global communications and public affairs will become the vice president of communications and public policy at Facebook, BoomTown’s Kara Swisher has learned. “This is a really important role for us and one that we’ve been trying to find the right person for a while. Elliot’s role will be critical to helping us scale based on our culture that values transparency, openness, and honest internal communications,” Facebook chief executive Mark Zuckerberg said in a memo to employees.

Schrage becomes the latest in a string of Googlers who have left for Facebook. As one commenter joked on FriendFeed earlier: “Facebook now imports Google execs…” Valleywag caught wind of Schrage’s interview at Facebook first.

Mosso to add more storage to the cloud — The cloud computing division of hosting provider RackSpace will be launching a new online storage service called CloudFS later this year, according to CNET. Developers will have access to almost limitless amounts of storage at the cost of 15 cents per gigabyte. This will compete against similar services from Amazon and eventually Google.

AP launches news site geared towards iPhone — The Associated Press and the 100+ newspapers it services will allow owners of the device to type in their zip code and get personalized news. Apple gave the service pointers about how to best build such a site. So you know the integration is good.

Sun gives developers OpenSolaris, wants apps in return — Sun Microsystems gave away OpenSolaris, the open source version of its operating system, at the CommunityOne developers conference on Monday. Sun hopes open source will help it regain relevance in the within the community, according to CNET. The main rival here it thought to be Linux.

Nine Inch Nails keep the free music coming — The rock band has a new album, The Slip, which is it giving away entirely for free on its website. There is no catch, it’s simply a gift for the fans, frontman Trent Reznor explains. Users can choose between a variety of formats and quality. This follows the band giving away the first part of its Ghosts I-IV album and other bands such as Radiohead and Coldplay giving their music away for free over the Internet. The album can also be streamed right from the social music site iLike.

LiveProcess Corp. takes a $3.62 million series A — The Verona, N.J.-based company is a provider of an online application to manage a hospital’s disaster preparedness plans and response. No institutional investors were disclosed, according to PEHub. The company says it’s the only disaster preparedness software endorsed by the American Hospital Association.

EA fires back at Activision — The world’s two leading video game publishers continue to go at it. Activision’s chief executive said that EA “did a very good job of taking the soul out of a lot of the studios it acquired.” EA’s response in an interview with Newsweek’s LevelUp blog: “The truth is, everyone laughed.” 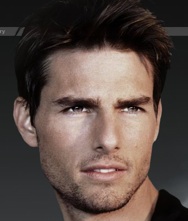 TomCruise.com launches — And thank God. The actor is celebrating the 25th anniversary of his first starring role in Risky Business. Luckily the site has nothing to do with Scientology and everything to do with movies (though there is an interview with Oprah where he discusses the controversial religion). This site can be my wingman anytime.