The back-story on Jangl’s slow death — Yesterday, we reported on Jangl’s asset sale process. A tipster tells us that Seattle-based WhitePages had offered to buy Internet phone company Jangl for $20 million, but then kept the company in diligence for more than a month and walked away at the last minute — giving Jangl no choice to but throw in the towel when it ran out of time and options. Whitepages flew down from Seattle for regular meetings, and Jangl’s execs flew up to Seattle, but then WhitePages caught wind that Jangl was running out of money and that investors had given Jangl’s team a deadline to sell by May 15. WhitePages whittled down its offer first to half, then cut off a severance agreement to those who would be laid off, and then lowered the offer even more: “They had us over the barrel,” said one Jangl employee. [Update: There are always two sides to the story. WhitePages is denying they ever offered $20M. And that’s partly what happens in these sorts of negotiations: There’s verbal dancing, and there’s written, signed legal offers. If there’s no deal, there’s no deal.]

Virgin Mobile USA considering merger with Helio — While many MVNOs have simply collapsed or been closed by their parent companies, Virgin Mobile USA and smaller rival Helio have scraped by, if not flourished. The two may solve some mutual problems by undergoing a merger, which would create a bulkier combined company and add to their respective plan and phone options. However, mocoNews suggests that they might still look for a private equity buyout afterward.

VC investment continues to move overseas — Limited partners say they’re still wrestling with the implications of more and more venture capital activity moving abroad. The comments came during the LP panel at the recent meeting of the National Venture Capital Association. VentureWire was there to note some of the most interesting facts and figures. There’s definitely a lot of activity — almost 20 percent of domestic funds were deployed outside the United States in 2007, compared with 7 percent in 1998, according to Bob French of Adams Street Partners. And David York of Paul Capital predicted that within the next decade, as much as 50 percent of global venture capital activity will take place outside the United States. 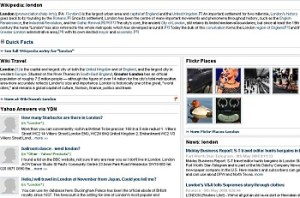 Yahoo launches regional search variant — Yahoo’s Indian team has put together a search product called “Glue Pages” that integrates traditional search with results pulled from Yahoo’s portal business, including content like recipes, medical information, images and restaurant listings. The feature is undergoing testing on Yahoo India, with no plans as yet to offer it in the United States. More at CNET News.

Warner Music may invest again in imeem — In an encouraging turnaround for the music industry last year, Warner Music dropped a lawsuit against music sharing social network imeem, then followed up with an investment in the company. It may tag along with Sequoia Capital and make another investment this year, according to the Silicon Alley Insider.

RealNetworks spins off game studio — RealNetworks, maker of the most irritating media player ever created, has spun off its games division, which includes recent acquisition Trymedia. The gaming business is one of RealNetworks’ most profitable; it will retain an 80 percent ownership stake, but will allow the new company to forge its own path.

Real Goods Solar prices IPO real low — Solar installer Real Goods Solar, which recently announced plans for an initial public offering, has priced its 5.5 million shares at the bottom of its $10-12 range. Most cleantech companies have held off from IPOs this year due to the current market troubles.

Google achieves coveted “brain drain” status — The BBC has a report on the steady stream of executives away from Google, many of whose departures we’ve also noted, including Chris Sacca, Gideon Yu and Elliot Schrage. Many are headed to Facebook, which is described in the article as “the Google of yesterday, the Microsoft of long ago,” while Google is called a “behemoth” that is “no longer the firm it once was.” Google’s current position, of course, is precisely where Facebook aspires to be. 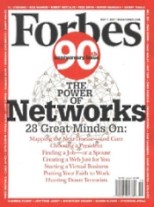 Forbes.com launches business social network — Following in the footsteps of BusinessWeek, Forbes.com has launched its own social network, the AnswerNetwork. As might be expected from the name, users are expected to ask questions and share answers with each other, in return gaining competence rankings based on their expertise. LinkedIn, which is BusinessWeek’s partner, has a similar feature, although it seems to be only moderately popular with users.