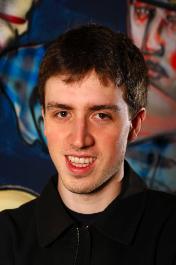 Quiet Facebook co-founder and chief technology officer Adam D’Angelo is leaving the company, one source tells me. D’Angelo announced the news internally this past Friday, the source says — and Facebook has just confirmed.

D’Angelo is one of Facebook’s original co-founders and one of founder and chief executive Mark Zuckerberg’s oldest friends at the company.

D’Angelo is leaving because he has been feeling tired and burnt-out, I hear. This is unsurprising considering Facebook’s booming growth –it now has more than 100 million monthly active users worldwide, according to comScore — and the many innovative products it has launched since it began in 2004.

He has been in the thick of it all with his current responsibilities including: leading the platform development and data teams, overseeing new product design and architecture, as well as its infrastructure expansion. The company has recently taken out a $100 million loan to finance infrastructure investments alone.

Zuckerberg and D’Angelo met in high school and developed a music discovery service called Synapse that garnered positive press and subsequently interest (but no purchase offers) from large companies looking to hire the young developers. Zuckerberg, as most readers know, went to on Harvard and started Facebook out of his dorm room. D’Angelo was one of the first people he tapped to join him.

In fact, according to this Harvard Crimson article, Zuckerberg moved the company from Boston to Palo Alto, Calif. in 2005 in part to be closer to D’Angelo, who was attending Caltech at the time.

The reason is that D’Angelo an alpha geek. As his Facebook executive bio states, in 2005 he was a top finalist in the Topcoder Collegiate Challenge, a timed test where contestants design and implement a complex software algorithm.

He’s also a repeat entrepreneur. While at Caltech, he developed an instant message service called BuddyZoo that let you upload your list of IM friends to its site, then analyze your friend data to see things like which IM buddies you and your friends have in common.

D’Angelo is well-liked at Facebook, though he has mostly stayed behind the scenes. His departure is doubtless a blow to the organization — and also an opportunity to bring in a seasoned replacement to handle the site’s continuing expansion.

Update: Kara Swisher of the newly-redesigned All Things D blog (who beat me to publishing this story by a few minutes) has more detail. “D’Angelo felt his responsibilities no longer fit well with his skills and interests,” according to a source. He says that he’ll remain “a strong and enthusiastic supporter” of the company” in a letter he sent to staffers, obtained by Swisher. Instead of a CTO, the company will have a VP of Engineering, although it’s not yet clear how D’Angelo’s responsibilities will be redistributed.