Having paid through the nose for school portraits over the years, I would love someone to do a Web 2.0-style disruption on that business. And it looks like that is happening with a company called Picateers.

School photos are a pretty big racket with an old-style approach to doing business. Parents have never been that happy paying exhorbitant prices to companies such as Lifetouch, which employs tens of thousands of photographers and other specialists across the country.

Larry Jacobs, a former manager at Oracle and IBM, thought the market was ripe for disruption. He saw that school photographers didn’t seem excited about their jobs and thought that parents with increasingly inexpensive digital SLR cameras could probably take better pictures.

In 2005, Jacobs founded Picateers in a San Mateo, Calif. to let parents to take over the school-picture program. 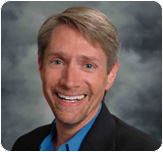 Jacobs (pictured left) finds volunteers among parents to shoot the pictures of kids. They then upload them to the Picateers site, where parents can view the shots and select the ones they want to buy. Then Picateers delivers the pictures to them for about the same cost as what Lifetouch charges. Prices on picture packages range from $10 to $90, with the average order about $38. Parents can order collage pictures or photo books.

But the powerful part of this Web 2.0 approach is that PIcateers gives back half the proceeds to the schools. Lifetouch also gives in-kind donations back to the schools, like free student IDs, but it often can’t give more than 15 percent because of its overhead.

Picateers can afford to kick back half of the fees charged to schools because it has low overhead. It has only 14 people and relies on parent volunteers, who can generate more money for the school with Picateers than with traditional fundraisers. The parents can also be creative, staging pictures outdoors or at scenic spots. For pictures of 100 kids, Picateers asks for a few parent volunteers.

Picateers got initial funding in May 2006. It raised a $5.5 million round from Norwest Venture Partners in June 2006. Jacobs expects to raise another round and he hopes to be profitable by the end of 2009. 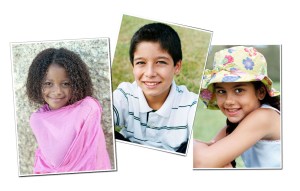 The company launched a beta program last August and is doing a full rollout this coming August. Now there are more than 300 schools, from preschools to high schools, participating in the program. One school in Fresno uses Picateers eight times during the school year, for everything from dances to graduation ceremonies.

There is plenty of room for growth. The Photo Marketing Association estimated last year that 22.7 million households bought school portraits in 2006. The PMA said that school portraits were the most popular form of portraits in America, followed by sports and family portraits. Full told, Americans spent $2.2 billion on school-related portraits in the U.S., according to the PMA.

With Picateers, schools can find a significant new source of funding in an age of budget cuts. At a school of 400 kids, the average share for the school could be $4,500 to $5,000 per photo event. One such school is Berean Christian High School in Walnut Creek, Calif.

The private school with 430 students has tried out Picateers for a couple of different photo events. Gary Jung, the school’s information technology administrator, yearbook chief, and digital photography teacher says he is an enthusiastic fan of the program.

HIs school wasn’t happy with Lifetouch. It also wasn’t pleased with a local photographer. So at the beginning of the year, Jung started using Picateers. He organized the event himself and Picateers handled all of the chores that he didn’t want to undertake. Now he is expanding it to use it for senior portraits, school mug shots, and sports team photos. About a dozen of his own photography students will shoot. Jung anticipates thousands of dollars will come back into the school’s coffers.

“Most people who went to Picateers viewed it as a way to raise money,” he said. “I thought it was a way to solve my problem. The principal used to get complaints about the photos. That has ceased.”