The battle of the brain games is underway. Nintendo set this trend in motion when it launched “BrainAge” for the Nintendo DS in 2006. Since then, a number of startups have sprung up and launched additional games aimed at improving the cognitive abilities of gamers with puzzles and brain teasers.

Research suggests that older adults in particular can benefit from playing games that improve memory, concentration and problem solving. Today, Lumos Labs is announcing it has raised $3 million in venture capital from Pequot Ventures, Norwest Venture Partners and existing investors. The money will go to its brain game web site, Lumosity.com. 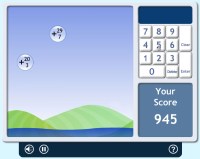 Michael Scanlon, CEO of Lumos Labs, says that gamers now play 50,000 games a day on the site. Each of the games (one pictured left) has been built in conjunction with scientists who study cognitive training. The site launched in its free beta form in January, 2007, and then it moved to $10-a-month paid subscriptions in July, 2007. When you play games on the site, you can compare your performance against everyone else’s with the “brain performance index.”

Lumos Labs has 10 employees and is based in San Francisco. Scanlon said that his company emphasizes the science, but he acknowledged that no one has yet done a conclusive study that brain-oriented games can ward off cognitive diseases such as Alzheimer’s disease.

Scanlon said that subscriptions are growing about 25 percent each month. The company previously raised its first round of capital of $400,000 from angels in October, 2006. 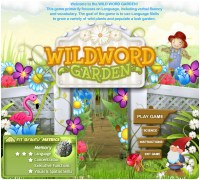 Also, in a separate announcement, Vivity Labs will launch its Fit Brains site (pictured left) today. Back in March, Vivity raised $1 million in angel money. Vivity has nine casual games on the site now. You can follow a “brain circuit” by completing the games one after another or just play randomly. The site’s metrics tell you whether your performance is getting better or worse. You get trophies for certain achievements and can vy to be the best on 11 different leader boards. The site says the games are “guilt free” because they’re good for you.

The competition is heating up. Michael Cole, CEO of Vivity Labs in Vancouver, Canada, said that brain games got a huge boost from Nintendo, which sold 26 million copies of BrainAge and Big Brain Academy. The Fit Brains site has 10,000 beta testers. The average session is 25 minutes. About 125,000 games have been played to date since March. The company has nine employees.

Before running Vivity, Cole worked at Happy Neuron, another brain game company. Another competitor is Posit Science, which targets assisted-living residents with CD-ROM based games. All of these gaming companies try to strike a balance between entertainment and science-based education. Cole says his company has hired professional game developers so that it can ensure that its games are fun.