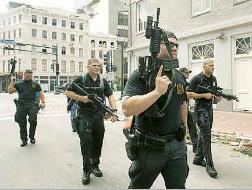 Twitter, the messaging service that many of us love — and love to complain about when it experiences downtime — has hired a premier software development firm to help it rebuild its infrastructure, we’ve heard and confirmed with the company. The name of the firm is Pivotal Labs, a quiet but impressive group of big-gun, for-hire developers that already counts business software company SalesForce and a long list of startups as clients.

Yes, we hired some smart folks from Pivotal Labs to join us in the office and get some work done. They start on Monday. We’re hiring full time employees too—there’s plenty of work to go around!

San Francisco-based Twitter has had a near chronic problem keeping its site up as it has continued to grow (not unlike ourselves, as our readers may have noticed earlier today). Its chief software architect recently left and the company has been looking at options for rebuilding the site.

It has recently improved, managing to mostly stay up during large events like Apple’s Worldide Developer Conference event earlier this week. Still, it has faced severe public criticism from its large pack of early-adopter users, many of whom have grumbled that they should just go and build their own rival messaging services. (We’ve heard a few big names are working on doing so, but more on that some other time.)

Also of note is that Pivotal Labs qualifies its client list with this phrase: “There are more startups that are in stealth mode, and larger clients that are a little shy about us mentioning their names.” It’d be interesting to know who else privately counts Pivotal as clients. Let us know, in the comments.

Another reason this all sounds plausible is that Pivotal recommends that its client use Ruby Red Labs for web design; the folks at Twitter, Ruby Red Labs and I presume Pivotal are all part of the same clique of San Francisco-based web entrepreneurs, that have rather complex interlocking relationships with each other and with others in the Silicon Valley entrepreneur scene. This one, for example, Ruby Red Labs also designed VentureBeat’s original site.

[Photo of mercenaries via Doug’s Darkworld.]