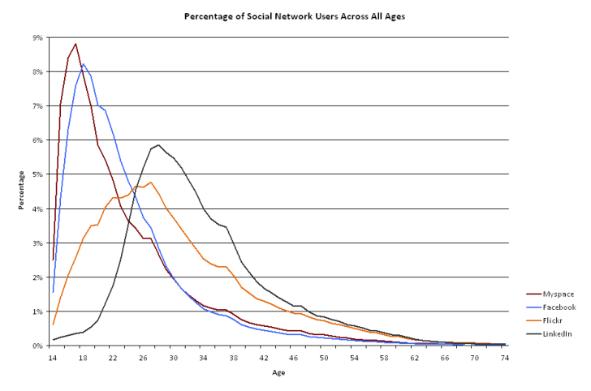 Rapleaf, a company that provides people-focused search services to corporate clients, spends a lot of time mining social networking data. It has just released a survey studying the social networking habits of the 49.3 million people it has information about, divided by age. Sample sites include MySpace, Facebook, LinkedIn and Flickr.

Here’s some of the findings, lifted directly from the survey:

Of particular interest to VentureBeat readers, who our own surveys show tend to be male and at least in their 20’s.