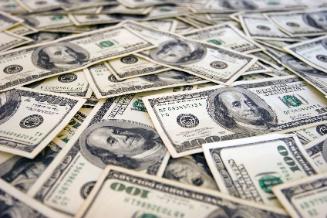 Tech bloggers and investors have come up with a new parlor game: Guessing Facebook’s “real” valuation. Nobody seems to believe the company’s official $15 billion valuation that it announced when it raised its most recent, not-yet-closed round from Microsoft and others.

The latest guess: A new study out today by VC Experts pegs the valuation $12.5 billion, a number derived from the firm’s proprietary valuation-calculation methodology and based on numbers from numerous public documents. Take a look. This is perhaps the most well-researched guess yet, and includes lots of details like stock prices on the dates of various funding rounds.

I’ve personally had it on good authority that the company does indeed have an internal valuation that’s lower than $15 billion — it’s somewhere between $3.7 billion and $4 billion. Facebook, like other private companies, produces this estimate due to an Internal Revenue Service disclosure requirement called Section 409a.

Facebook’s $15 billion valuation is also a fact, from my understanding. It is the preferred stock valuation for its institutional investors. The $4 billion valuation, on the other hand, is a defacto approximation for what employee’s common stock stock options may be worth at the moment.

Preferred stock, as opposed to common stock issued to employees, contain beneficial provisions for its holders, that make that form of stock potentially more valuable. Let’s say a company were to sell for lower than the valuation that a preferred investor’s investment was calculated for (say, for less than $15 billion). In that case, the preferred investors can get all of their money back — and maybe even make a profit — before common stockholders are allowed to sell. In Facebook’s case, there also are other aspects of valuation tied to its preferred stock. Microsoft, for example, gets special advertising and search deal rights with Facebook.

Employee stock options, as many of our readers know, give an employee the right to buy company stock at a price set at a certain point in time. Employees are then able to buy that stock at that price, based on a timetable that’s agreed upon with the company. So, when the value of the stock goes up, after the price is set, the employees can sell the stock and make a profit.

Right now, some ex-employees of Facebook have, in industry terminology, exercised these options and are selling the Facebook stock that they now own. Various reports suggest that this Facebook stock is selling at implied valuations ranging from $3 billion to up past $6 billion.

As this open-market price for Facebook common stock goes up, Facebook will have to continue refining its internal valuation for the IRS. It needs to do that anyway, of course, as its own value increases for more substantial reasons, like revenue growth.

Indeed, rumors about what Facebook stock is selling for make for interesting data points in approximating how well Facebook’s revenue growth is coming along. If rumors of common stock sales start happening at, say, $10 billion, the cause may be that stock purchasers are hearing especially good things about the company’s revenue.