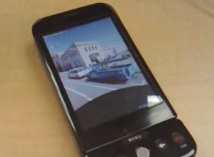 Reports indicating a delay in HTC’s first phone utilizing Google’s Android platform are “inaccurate,” a representative from Waggener Edstrom Worldwide, the public relations firm that handles HTC, has informed us.

The representative goes on to specifically say that the first Android-based HTC phone is still set to launch “later this year.”

HTC was said to be having “structural problems to incorporate Google’s demanded feature set,” Barron’s reported Trip Chowdhry of Global Equities Research as saying. Based on this information and other checks he did, this led Chowdhry to believe that Android-based handsets set to be released this year could be pushed to early next year.

When asked for comment about possible Android delays, Google had the following to say:

HTC would not confirm the legitimacy of the video posted earlier that supposedly shows the HTC Dream device running the Android operating system. There is some speculation that the video may have been leaked by someone within HTC to offset the rumors of the device delay.

[The image above is reportedly what the HTC Dream will look like.]