Today, MOG, a blogging platform and content aggregator for music-oriented blogs, is launching the MOG Music Network, a vertical ad network that targets music-oriented sites and blogs. The company has also added legendary producer Rick Rubin to its board.

But put simply, MOG is in a heated game. The internet is littered with social music sites. iLike, imeem and Last.fm are already quite popular, so getting and maintaining attention amidst the horde is no simple task. Like these sites, MOG offers social networking and music recommendations, but differentiates itself with its focus on written content. It has a manually curated homepage that features news and opinion from the thousands of bloggers (called Moggers) who use MOG to write about and share music. As it launches its ad network, MOG is also opening its homepage to outside bloggers, starting with around 30 it hand-selected. 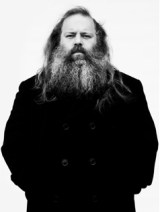 Since MOG relies so heavily on written content, aggregating more content and creating an ad network to support it makes a lot of sense. The company, which says its site has grown from 900,000 to 1.8 million unique visitors in the last two months, splits revenue 50/50 with its publishers and claims that music bloggers who use it can expect significantly more revenue than they would get from Google’s AdSense. That being said, a few million uniques spread around thousands of blogs isn’t that financially significant for either party — especially not the bloggers. But these bloggers probably are hobbyists who don’t entertain dreams of big blog dollars, so offering them more than they’d get from AdSense certainly isn’t a bad idea.

MOG has snuggled up tight with the big record labels by taking a $2.8 million investment from Universal Music and Sony BMG and adding Rubin to its board. While it’s not clear that either Universal and Sony BMG have developed much of a clue about the state of digital music, Rubin, himself (pictured above), is no slouch.

The company is based in Berkeley, California.