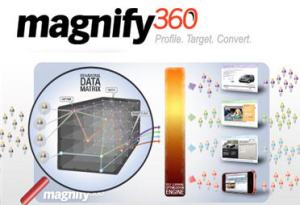 Until now, Web sites have been surprisingly dumb. They don’t change much to to cater to your specific tastes — and that’s despite all the advances in behavioral targeting technology.

You may be familiar with Amazon.com, which offers you a customized site page on your past book or product selections. And a number of other recommendation services help e-commerce and news sites do something similar: They offer up retail products or news items according to what has worked well for people like you in the past.

But a Los Angeles, Calif., company called Magnify360 is part of a wave of new companies helping sites transform themselves more radically. Magnify lets web site owners gather information about what you do at a site, and draws conclusions about the type of person you are — things like how deep a reader you are (do you skim, or do you reading longer features?), how much money you like spending (frugal or not?), and whether you’re a conservative or style shopper (Ford Explorer or Porsche?). Then, when you visit again, it then changes the content at the site to cater to those tastes.

“We’re talking about entire sequences of pages, entire web sites designed just for this person,” says chief executive Olivier Chaine, who founded the company four years ago. Magnify360’s service is an online software offering, and lets a company tweak its home page, as well as other Web pages — effectively allowing hundreds of different variations of a site. Chaine says the company is already profitable, having been bootstrapped so far, and serves customers like Intuit, Citrix Systems and HSBC Bank. Today the company is announcing it has raised $2.5 million in a first round of funding led by MHS Capital (disclosure: MHS is one of several investors in VentureBeat), and including executives or former executives from of BlueLithium, Right Media and BetterPPC.

A number of other Web sites are using recommendation services offered by companies like Aggregrate Knowledge, BayNote, MyBuys, Loomia and RichRelevance. These services let Web sites offer up retail products or news according to what has worked well in the past. For example, some of them will suggest such tiems depending on what others exhibiting similar behavior to you have also liked in the past. The sites using these services will typically serve up widgets with a logic of “people who bought this, also bought that.”

But Magnify is building a potentially endless number of behavior profiles about users, based on the activities it observes across the Web sites it serves.

Magnify’s competitors are so-called A/B testing and multivariate testing companies, which include Offermatica, acquired last year by Omniture, though Magnify says it is doing more to simplify its user interface, for example allowing more automation.

Magnify is reporting some intriguing results — sometimes contrary to what you’d think. For example, certain profiles of people searching for “BMW extended auto warranty” online bought warranties more frequently when they landed on a page with a Ford Explorer picture on it than they did with on a page with a BMW. This worked for people on the West coast, during lunch hours on work days — but it didn’t work for other hours, and on weekends. By gathering these profile habits, Magnify was able to boost the conversion rate for a one warranty site by 42 percent, said Chaine.

So next time you’re looking online to buy a cheap weekend getaway to Vegas, but instead are directed to a page pitching an extended luxury mega yacht cruise of the Galapagos — just realize the Web site really know what is better for you :)