BlackBerry gets some love — In the past few days the device, which is still the most popular smartphone in the U.S., has gotten improved Google Mobile applications, a special MySpace Mobile version and TiVo controls. All good steps, but the device is still going to need its own version of Apple’s App Store if it wants to hold off the iPhone in the smartphone market.

Lehman selling a big stake — Lehman Brothers Holdings, the U.S.’s fourth largest investment bank, is feeling the heat from the real estate market collapse. It will sell a majority stake of its investment division and spin off its commercial real estate assets. This is an attempt to raise capital.

The energy Internet? — Researchers from NC State University are developing a technology that can transform the U.S.’s old centralized power system into a grid much better suited for the future. It will better store and more importantly distribute alternative energy sources such as wind and solar over the grid. This system is being dubbed “the Internet for energy” by CleanTechnica.

Secondary prices for LPs drop, amid financial turmoil — The average high bid for all secondaries, stated as a percentage of net asset value, fell precipitously in the first half of 2008 to 84.7%, according to Cogent Partners. The fall in secondary sale value largely mirrors the decline in public equity value, when adjusted for leverage. 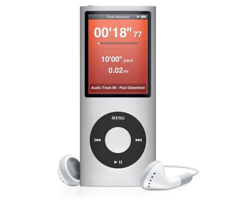 Apple’s Nike+ system nearing upgrade — The new system will measure althetic performance in real-time with data from GPS and other sensors, according to a new filing uncovered by AppleInsider. Apple just announced that the new iPod touch will have the Nike+ system built into it.

For federal innovation efforts, Obama thinks like a VC — Presidential candidate Barack Obama on federal research policy, in an interview with Bill O’Reilly: “The nature of discovery and research and innovation is you put money into a lot of promising pockets — it’s like venture capital — and some things are going to work and some things are not.”

Final TC50 session launches — Because we were too busy focusing on GoodGuide, here are the other three companies presented during the TechCrunch50 final session focusing on Research & Recommendations:

GoPlanit is a travel planner that hopes to cut down on the time spent planning travel arrangements. It also aims to make planning viable on the go with its mobile version.

TrueCar wants to give consumers a better understanding of car pricing information. When buying a car it can be hard to know if you’re getting a good deal or a bad one. This site’s free online tool shows you data from all over to help you make the call.

Goodrec uses thumbs-up and thumbs-down crowd recommendations for a wide variety of categories like restaurants, movies and books. The aim is to provide a simple way to see what people like and don’t like to help users make a decision. It works both on websites and mobile devices including the iPhone for which it has an app.