When you’ve got computing infrastructure like Amazon does, it’s a competitive weapon. Amazon is proving that today by using its infrastructure to launch a new business in content delivery. In doing so, it is aiming squarely at rivals such as Akamai Technologies and Limelight Networks.

Content delivery networks set up servers across geographies that can deliver network-clogging data such as videos. They prevent Internet traffic jams by positioning the video servers closer to consumers who are doing the downloading. 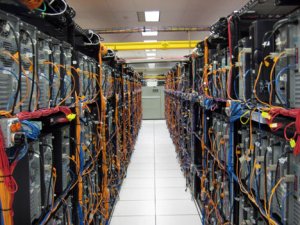 Previously, Seattle-based Amazon showed how it could use its data centers — built to serve the mainstay Amazon.com e-commerce business — to launch Amazon Web Services, which hosts sites for other companies. Its S3 storage service and EC2 on-demand computing services can help start-ups get off the ground by outsourcing the web hosting and storage chores that small businesses don’t want to deal with.

Amazon said the service will be available later this year in North America, Europe and Asia. Smaller web sites that use lots of voice, video or graphics could tap Amazon to ensure that they can deliver high-quality experiences to their consumers, even during big events such as live concerts. Amazon said that it will make the CDN alternative more affordable for a broader group of companies. It will charge based on usage, not long-term contracts that can be cost prohibitive upfront. Start-ups that will have to live with this new competition include the likes of BitGravity and Dacast.

At the very least, this should shake up pricing in the CDN business and put Akamai and Limelight on notice. Jeff Young, a spokesman for Cambridge, Mass.-based Akamai, said that he believes Amazon will be offering a “commodity service” and won’t necessarily be providing value-added features that help customers monetize their content.