The $700 billion federal bailout plan still being negotiated by Congress and the Bush Administration may restore confidence, but it looks like uncertainty will last for months. Many people believe we’ll be in a prolonged recession. In the latest news, Goldman Sachs and Morgan Stanley, the last big independent investment banks on Wall Street, will transform themselves into bank holding companies subject to far greater regulation, the Federal Reserve said Sunday night — one more nail in the coffin of what was once a freewheeling culture on Wall Street. Both banks had also engaged in some private equity and venture capital investing.

The situation is more volatile than the last time we did this, during the Bear Sterns financial crisis this spring. The world markets are hanging in the balance.

Start-up outlook: Technology driven change is accelerating, not decelerating and one could argue that technology driven change is part of why we are seeing such economic woes on Wall Street and elsewhere. Silicon Valley and the venture capital ecosystem at large is fueled by innovative people working with technology to deliver game changing companies to the market. There’s never been a better time to do that. So from that perspective, I don’t see much impact. I do think that everyone is feeling more conservative right now with their capital and that will likely impact investors, probably more so individual investors than institutional investors. I also think M&A transactions might take a hiatus for a bit in here. And we might as well forget about the IPO market for now.

Venture capital outlook: Probably less deal making, more focus on portfolio companies. There will be a hard look at under-performing portfolio companies to make sure they deserve more funding. Down cycles, if that is what we are in for, will always force VCs to look hard at their existing portfolio companies. This trend will be reinforced by the fact that it will be harder to raise follow-on rounds for companies that are struggling. A rising market, which is what we’ve had for the past five or six years, lifts all boats. A falling one works the other way. All that said, I think the venture capital market will be the least impacted of all the major investment asset classes out there. 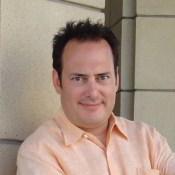 Start-up outlook: Compared to other sectors, technology has weathered the storm pretty well, and we’re still seeing strong interest in tech startups, both in terms of strategic partnerships and investment although funding from pure financial investors is closed until the storm blows over. We’re seeing closer attention to the strength of the business models, and we’re seeing particular interest in market segments which benefit when consumers and businesses are forced to cut costs. For example, home media/entertainment (people go out/travel less and consume more media) and green/cleantech (high gas prices combined with social awareness of global warming/political instability issues).

Venture capital outlook: I think VCs are far better positioned for this bear market than they were for the dotcom collapse. This time, there’s no tech bubble to burst. Investments I’ve seen over the last few years have been far more realistic and conservative (arguably too conservative, even in the current market). And, in the case of Internet-based startups, as the Internet has matured, business models that were once pure speculation now can be modeled and valued against actual data, like real CPMs, hosting costs, audience behavior, etc. Of course, no one’s expecting an IPO window to open up until the market settles down, but there hasn’t been much of an IPO window over the last few years, so that has been factored in already. The next year will likely be slow because consumer/business spending is slowing down and people will be cautious, but in my view the Silicon Valley ecosystem (startups, VCs and big tech) is in much better shape for this storm than the last one.

Start-up outlook: It’s important for startups to be more cautious on burn levels as time to liquidity has lengthened. Also they need to try to raise new rounds earlier as they can take longer. There probably will be more recaps as older funds run out of “dry powder” and may not be able to cross-invest from a new fund (in an old deal).

Venture capital outlook: Should not impact top tier funds. But for less successful funds it gets complicated. Many investors use distributions from existing funds to help make new commitments so there could be less capital available for private equity. However, LBO funds may have more difficulty getting loans to use to leverage deals and therefore may have slowed their pace. Since this delays their raising capital could offset other issue and mean venture funds will be ok. The magnitude of how much these 2 trends offset each other will determine how well second tier VCs do in raising new funds.

The outlook for start-ups: The higher your ASP (average selling price) for your product or service, the more your revenue growth will be slowing in 2009. If you don’t have an ASP because you rely on advertising revenue, your “company’s ASP” will be lower in 2009.

Venture capital outlook: Fear is overtaking greed at this time. I suspect greed will return to the venture market after the New Year and early stage venture investments will be back to early 2008 pace. Real business models will replace unique visitors as the metric of success. 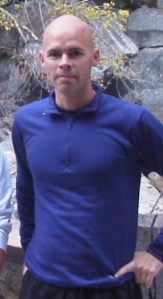 Venture capital outlook: It’s already been a challenging time in venture capital recently, so I don’t think things will be dramatically worse over the next 12 months. As above, I think the strong VC’s will get even stronger and the weaker ones will struggle. The strong VC’s may benefit from reduced competition from alternative funding sources (hedge funds, angels, etc.). And I think the wiser (stronger) startups will migrate even more towards raising money from the stronger VC’s. It sure doesn’t look like there will be a lot of IPO’s over the next 12 months. And acquisitions are still way down too. But stronger VC’s have a deeper pipeline that will eventually pay off. There are still a reasonable number of good startups out there that are making progress and will be wins for their investors.

Start-up/venture outlook: The collapse of greedy banks that loaned money to people who should not have bought homes should be unrelated to venture capital investing. In fact, it should make venture capital a more attractive investment class. But it won’t because it’s all a mental game. When Wall Street goes into a funk, it affects the mood of the venture capital industry. Truly, entrepreneurs and venture capitalists should be worried about what may happen in five years, not five days, but short-term emotions will rule. With regard to entrepreneurs specifically, if the Lehman debacle scares them from starting a company, they were going to fail anyway. 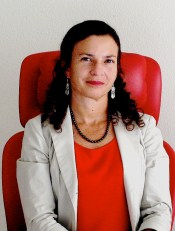 Startup/venture outlook: The good news is there’s still a lot of money looking to be invested. The bad news is the public markets have very little tolerance for incremental risk these days and that condition will likely remain for quite some time. Why invest in an unseasoned, unproven start-up when the stocks of so many financially viable companies are “on sale”? Start-ups planning a quick exit should re-think that game plan. Companies committed to producing a stand-alone new product or service, should focus on raising and spending money assuming no exit for five to seven years. History suggests that companies that built solid, self-sustaining businesses before tapping the public markets perform dramatically better post the IPO. Public investors seeking to outperform the averages, are always on the lookout for emerging companies that solve a real problem, fill a real need, appeal to paying customers and can build a profitable business around those products or services. If you built it, they really will come; these days its a matter of proof and patience.

Start-up/venture outlook: No impact unless the whole economy goes into the tank and takes the startups with it. We operate on the belief that we’re investing in companies that make a big enough difference that they should not be affected by the state of the economy.