Datamonitor points to IT budget freeze — Major sector analyst Datamonitor says that half of IT organizations around the globe will cap spending levels next year. 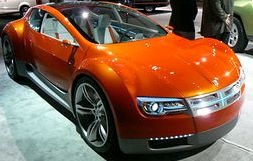 Chrysler to roll out electric cars — Car maker Chrysler will unveil a line of electric cars to its dealers next week, according to the Wall Street Journal. The large car company has not previously shown off any electric vehicles.

Bee well — Remember when some researchers were blaming mobile phone signals for colony collapse disorder, a mysterious ailment that was killing honeybees? They’ve since decided it’s a virus, and now an Israeli company, Beeologics, is claiming to have the cure. Israel21c has a lengthy profile.

Is Google Knol destined for failure? — Slate’s Farhad Manjoo writes that Google’s Knol, a reference project designed to go head to head with Wikipedia, is a “wasteland” of cribbed articles, factual errors and typos. Manjoo suggests that Knol will always be a victim of its advertising pay-outs and lack of editing. Of course, one might point out that Wikipedia probably sucked two months after its release, too.

Microsoft to buy back $40B of stock — In a bid to regain stock price lost since its failed grab for Yahoo, Microsoft has announced plans to buy back $40 billion of stock and pay a 13 cent quarterly dividend, 18 percent more than before. 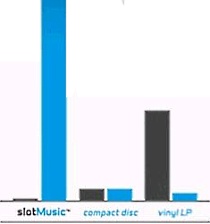 SanDisk launching music albums on flash — Silicon Valley Insider has a few reasons that SanDisk’s newest idea, putting music on flash disks and calling it SlotMusic, may not be such a bad idea. This is the firm’s latest attempt to broaden its market since the failure of TakeTV.

Facebook lets users vote for favorite apps — As part of its $250,000 grand prize for five application developers, part of a contest with over 600 entrants, Facebook has announced that users will have a say, by voting on their favorite apps.

Nanosolar cell efficiency pinned down — After a whiffed attempt at guessing thin film solar giant Nanosolar’s cell efficiency, which the company won’t disclose, Gunther Portfolio has pegged it at around 11 percent, still well over the industry average.

Adap.tv raises $13M for ad analytics — Online video ad outfit Adap.tv has raised $13 million from Spark Capital, Redpoint Ventures and Gemini Israel Fund for its new business strategy of picking the best ads to show on a video for publishers.

CityVoters raises $2.6M for “Best Of” lists — Need the best piano tuner in your area? CityVoters needed a few million dollars to tell you who it is. The company got $2.6 million from investors including Allen & Co. and Dace Ventures.