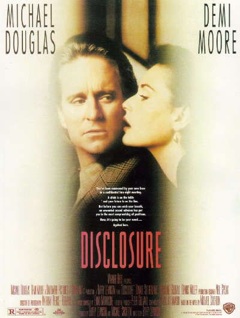 I’ve talked to a lot of iPhone application developers over the past few months, and almost all of them have one thing in common: A fear of Apple.

Inevitably, something would trigger a response along the lines of: “I can’t talk about that.” Normally, that’s fine. In my line of work I get that a lot while digging for info from people working on things that are not yet released. But these Apple developers were saying this to me after their software was released thanks to Apple’s almost laughably restrictive non-disclosure agreement (NDA). Today, that NDA goes away.

Anyone who visits Apple’s iPhone Developer Program main site will be greeted by a big message starting with “To Our Developers.” That is followed by the following statement:

We have decided to drop the non-disclosure agreement (NDA) for released iPhone software.

We put the NDA in place because the iPhone OS includes many Apple inventions and innovations that we would like to protect, so that others don’t steal our work. It has happened before. While we have filed for hundreds of patents on iPhone technology, the NDA added yet another level of protection. We put it in place as one more way to help protect the iPhone from being ripped off by others.

However, the NDA has created too much of a burden on developers, authors and others interested in helping further the iPhone’s success, so we are dropping it for released software. Developers will receive a new agreement without an NDA covering released software within a week or so. Please note that unreleased software and features will remain under NDA until they are released.

Thanks to everyone who provided us constructive feedback on this matter. 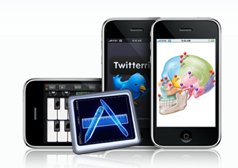 The start of the third paragraph is perhaps the key. This is clearly meant as an olive branch not only to developers, but to those of us who have been frustrated writing about iPhone applications and how they are transforming the industry. There has been some backlash in the past several weeks about Apple’s restrictive policies regarding iPhone applications.

This backlash intensified following the unveiling of the first phone based on Google’s Android platform, the G1. During its press conference, Google, T-Mobile (the first carrier for the Android phone) and others made it clear that Android was the “open” alternative to a phone that no one dared mention. The iPhone.

While the removal of the NDA for released software won’t change what applications get accepted into the App Store in the first place, at least it gives the sense that Apple is attempting to be more open about its entire process. It also shows once again that Apple is willing to compromise on some things. Originally it said there would be no native application development on the iPhone, but then backtracked and went full-steam ahead with that. That gives me hope that we might see things like the ability to have applications running in the background on the iPhone eventually.

The developer behind the popular Twitter client app Twitterrific has already posted some code on his blog.

But let’s be clear: The NDA is still very much intact for developers working on applications that are not yet released. In an eight sentence statement, Apple mentions this no less than four times. The number of times “released” is used nearly beats the number of periods in the statement.

One other thing of note: In explaining why it created the NDA to begin with, Apple twice mentions others copying or stealing the technology it has built. It even notes that theft “has happened before.” It’s hard to see that as anything but a jab at Microsoft, which during the 1980s may or may not have “borrowed” certain elements from Apple to make its Windows operating system, as Valleywag notes. To be fair, Apple may or may not have “borrowed” elements from Xerox as well.