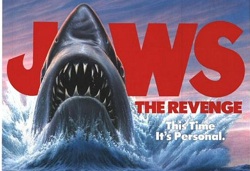 Microsoft‘s Mike Nash made an exciting announcement today: He “introduced” the world to Windows 7. And by “introduced,” I mean he released the name of the forthcoming operating system, which was code-named Windows 7. The real name? Windows 7.

Over the years, Microsoft has tried pretty much every naming scheme imaginable — Windows 3.11, Windows 98, Windows XP, Windows Vista. Now, it’s almost like the company has come full circle. On the surface, the name might look like an attempt to disassociate the new version of Windows from Vista, which has been notoriously unpopular. (In response, Microsoft launched the ridiculous “Mojave” campaign, when it tricked people into using Vista.) Not so, Nash says.

“Coming up with an all-new ‘aspirational’ name [like ‘Vista’] does not do justice to what we are trying to achieve, which is to stay firmly rooted in our aspirations for Windows Vista, while evolving and refining the substantial investments in platform technology in Windows Vista into the next generation of Windows,” he says.

In other words, Nash is positioning Windows 7 as Vista 2: The Next Generation.

He also says Microsoft will be revealing more details about Windows 7 at the Professional Developers Conference at the end of October, and the WinHEC in the beginning of November. Developers will even be able to take home a pre-beta test version of the system. That implies that a full release is coming in 2009, which would give Windows 7 a relatively short development cycle — for Microsoft. Vista was released worldwide at the beginning of 2007, more than five years after its previous version, Windows XP.

Looks like Microsoft is pushing for faster, less groundbreaking releases. Can Windows 2010 XXP be far behind?