Flash Player 10, the latest version of Adobe‘s nearly ubiquitous platform for web video and applications, is now available to the general public. The new features — most of them were already part of the test version released in May — include easier-to-use 3D effects and additional text options that could expand Flash’s international reach.

The new player incorporates the Adobe Pixel Bender toolkit, which adds a bunch of motion filters and effects. Flash Player 10 also makes it easy to take a two-dimensional image and animate it in three dimensions. The animations I’ve seen are a bit cheesy, but product marketing manager Tom Barclay says it makes it much easier to create 3D effects, thus making 3D available to a wider range of developers. 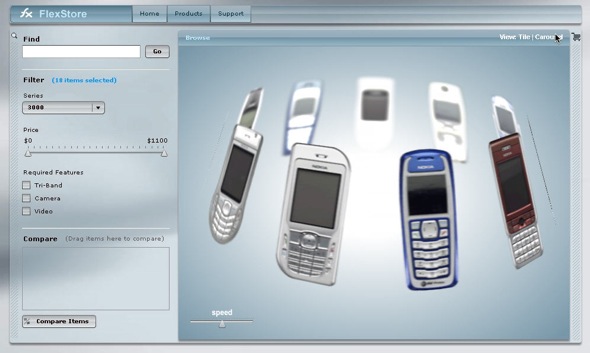 Adobe put me in touch with Tim Barber, the founder of design studio Odopod (which incorporates Flash into most of its content). While Barber hasn’t had a chance to build anything with Flash Player 10 yet, he says his team is excited to play with the graphics improvements.

“It just breaks down a lot of barriers for visual effects and the kind of richness and experiences we try to pursue,” Barber says.

Meanwhile, greater customizability of text — like the ability to run it vertically or right-to-left — seems like a basic addition, but Barclay says the difficulty in displaying anything other than non-standard-for-English text layouts has contributed to limiting Flash adoption in some countries. 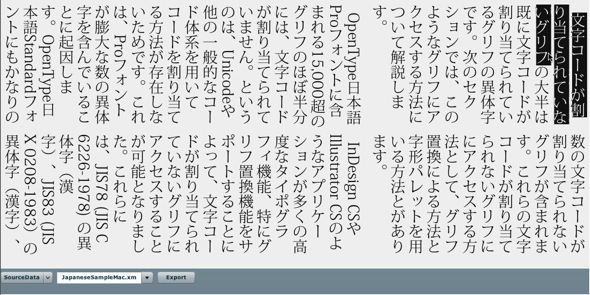 And yes, there are some features that weren’t available in the initial beta test. Most notably, Adobe has added tools that enable the audio effects that create a greater range of synthetic sounds.

The release comes about a day after Microsoft’s competing platform Silverlight 2 left testing. Silverlight may have gotten more attention recently because it provided the technology for online streaming of video from the Olympics and the Democratic National Convention, but Barclay and product manager Justin Everett Church say they aren’t too concerned. The numbers back them up on this — Adobe says it reaches 98 percent of Internet-enabled computers, while Microsoft was just touting market penetration of 25 percent.

In fact, Barclay says, all the marketing dollars Microsoft pumps into promoting Silverlight actually helps Adobe too, since it promotes awareness of all rich Internet media and applications. I’m not sure if that’s true, but it certainly doesn’t seem like Adobe has much to worry about.