Social game maker Social Gaming Network (SGN) found out the easy way that there is something to gaming on the iPhone: It released two hugely successful games for the Apple device. But now it’s on to the next phases of its plan to further infiltrate iPhone gaming as it attempts to unify social gaming on a number of different platforms.

In less than a month since their release, SGN’s two iPhone games, iBowl and iGolf have had over 2 million unique downloads. When you consider that there are only around 12 million iPhones out there right now, that’s significant. Also impressive is that SGN is the first company to have two applications in the top 10 bestsellers in the App Store at once — and both reached number 1.

This week, SGN will offer updates for both games to keep their momentum up. iBowl will offer new controls to allow you to spin the bowling ball using the iPhone accelerometer. It was also have other new features such as the option to change the look of your bowling ball. 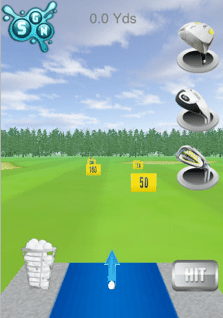 Meanwhile, iGolf will expand to 9 holes in its free version, and will gain a Pro version which will allow users to play 18 holes. That’s important. So far, definitely part of iBowl and iGolf’s success can be attributed to the fact that they are free games. Free is the ultimate pricing sweet spot. But as data has shown time and time again on the iPhone, $0.99 works for a lot of applications as well. And that is the price that iGolf Pro will be.

This slight move away from free is an effort in SGN’s next step in its plan for the iPhone. Step one was to get the games a massive audience, step two is to start the monetization of them. Most of the focus for this will be on advertisements within the free versions, but the premium version should bring in some money as well.

The third step is to start selling virtual goods within the games. Virtual goods are already becoming big business on social networks. SGN’s chief executive Shervin Pishevar thinks they will be huge on mobile devices too. Imagine if you could buy new clubs in iGolf, or a special bowling balls in iBowl. Of course, Apple would have to allow for these microtransactions within an iPhone app, something which it hasn’t done yet, but Pishevar thinks that eventually it will.

These steps to conquer the iPhone isn’t really just about the iPhone, SGN wants to be on all the mobile platforms. “My vision from the beginning is that social gaming is more than just social networks; it’s being cross platform, including mobile,” Pishevar says.

He envisions a time in the near future where users of a game on a device such as the iPhone can hook up to the Internet and play the game with someone who is using a social network like Facebook.

Updates and new SGN games will keep rolling out every few weeks on the iPhone, according to Pishevar. He also says that SGN has started to build up its Android team to develop for Google’s upcoming mobile platform.