While politicians spend plenty of time arguing over education, parents and students seem to be resigned: Public school just doesn’t cut it. As demand for alternate instruction rises, new Internet offerings are blooming. The latest is Brightstorm, which today announced $6 million in first-round financing from Korean investor KTB Ventures.

San Francisco-based Brightstorm makes educational videos focused on specific subjects, like algebra, writing and the SAT. Each “course” is composed of about 15-20 episodes, each running 10 to 20 minutes long and covering a specific set of facts. For example, a single geometry video could cover related concepts like how to find a line’s slope and the Pythagorean theorem.

Several other companies have taken the nearly opposite approach of offering real-time, one-on-one instruction over a videoconference for students. That’s a fairly pricey option, so Brightstorm, at about $50 for a one-year subscription to each course, is betting that it can provide better value with recorded lessons, even though a confused student can’t ask the teacher any questions. 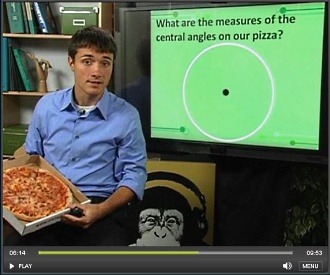 The video I watched did make Brightstorm look like a good supplement for bright students who just needs a little extra help studying. Others may prefer interactivity, although that could play out in ways other than a direct tutoring relationship. Tabula Digita, for example, is making educational games, which hopefully add some extra fun to the learning process.

In time, Brightstorm might add in options for kids to connect with each other and learn collectively, though that could be a recipe for disaster without significant oversight. Cash-strapped parents will likely be willing to spring for the price. Chief executive Jeff Marshall says that each video course will be able to reach a break-even point “relatively quickly” because the company has kept production costs down, even as it flies in teachers from around the world to film.

The young company, founded in April this year, currently has 12 employees.