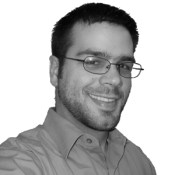 [Editor’s Note: In light of last month’s Chinese spacewalk, the role of NASA versus that of privately funded space projects has been called into question. William Pomerantz, senior director for space at the X PRIZE Foundation sheds some light on what the U.S. private sector is doing to lower government costs and give traction to new technology. Among other projects, Pomerantz runs the $30 million Google Lunar X PRIZE, a competition for private citizens to land a rover on the moon.]

On Sept. 27, Chinese taikonaut Zhai Zhigang stepped out of the Shenzhou capsule and into space, marking the first ever spacewalk by the Chinese and pushing the Chinese Space Agency past another milestone in what has been a rapid yet steady development program.

On this side of the Pacific, NASA has entered a period of doubt and uncertainty. Both of its marquee robotic programs –- the Hubble Space Telescope and the Mars Science Lab (the next Mars rover) –- may see delays and massive budget overruns. Even its human spaceflight program appears to be headed for major shakeups. The new president could change course from the current plan to retire the Space Shuttle fleet in 2010 and suspend domestic human spaceflight until a next-generation vehicle comes online in four years.

It’s tempting to look at the situation — especially in the context of global economic conditions — and paint a picture of NASA in decline before an ascendant China. To do so, however, would be to neglect an important shift –- NASA’s new reliance on a growing private sector.

Private spaceflight is booming. Just look at the Ansari X PRIZE winning flights of SpaceShipOne, the subsequent rollout of Virgin Galactic’s SpaceShipTwo system, and the initial flight of Falcon 1, a commercial orbital launch vehicle funded by PayPal founder Elon Musk. You might think, hey, isn’t Virgin a UK effort? It’s actually headquartered in the U.S., with the technology being designed, the vehicles manufactured, and the launch taking place all within domestic borders. And the trend looks to continue with the popularization of programs like Google’s Lunar X PRIZE, which promises to do for robotic exploration what the Ansari X PRIZE did for human spaceflight. This upcoming weekend, the Northrop Grumman Lunar Lander Challenge will be held in New Mexico. The $2 million competition will pit nine teams against each other to launch and precisely land a rocket on a simulated lunar surface.

Buzz-generating prizes aside, there’s a long list of private firms getting in on the action. Names like SpaceX, Bigelow Aerospace and XCOR Aerospace are hard at work developing the technology that could lead to commercial manned spaceflight in the not too distant future. Small Texas company Armadillo Aerospace is building reusable-rocket powered vehicles with an eye toward eventual passengered voyages. And Blue Origin, an even smaller startup funded by Amazon founder Jeff Bezos, has already flown its New Shephard spacecraft, designed for sub-orbital transport. They hope to be marketing it to tourists within the next two years.

Believe me, NASA is taking note. Officials know that in order to accomplish their goals –- to retire the Shuttle, to maintain the Space Station, to send humans to the Moon and beyond, and to maintain a high caliber of research throughout the solar system (on what is likely to remain a fixed budget) — they’re going to need to get creative about cutting costs. Offloading financial risk to the private markets and taking advantage of lower prices offered by lean entrepreneurial firms could be just the ticket.

One interesting example is Orbital Sciences, a publically-traded company that constructs satellites and rockets for commercial and government purposes. Just yesterday it launched a satellite that it built — on a rocket it built — but the satellite itself, intended to map out the border between our solar system and interstellar space, will be used for NASA-funded research. Orbital is also playing an important role in the Commercial Orbital Transportation Services (COTS) program to help resupply the International Space Station. NASA has earmarked $500 million for contracts with firms like Orbital and SpaceX to deliver and return cargo, and eventually even crew members.

NASA has the potential to be a stable buttress for many private firms — buying data, licensing designs and transporting payloads via commercial contracts. Not to mention pumping reliable streams of revenue into the industry. This won’t just help the private players. It might just be the key ingredient needed to give NASA a competitive edge over its international peers — not only China, but an ever-expanding space community. 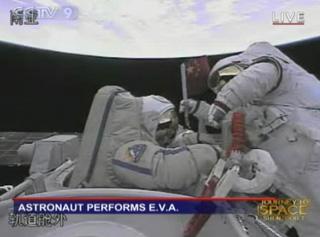 Space is no longer the two-horse race it was in the 1960s. China has paired its human spaceflight efforts with its first planetary science mission, called Chang’e, which has been orbiting the moon for nearly a year. Japan also has an orbiter observing the moon, and India is slated to launch one in a matter of days. Europe, too, is ramping up its space efforts, with the successful flight of Jules Verne, its first unmanned resupply vehicle, to the International Space Station earlier this year. The craft was built by French and German contractors and launched from French Guiana.

Luckily for the U.S., it’s home to the vast majority of new space privateers and has provided a solid foundation for some early victories. Despite the recent progress of other government space agencies, private projects have yet to take off outside the states. A telling sign: Google Lunar X PRIZE teams in the U.S. outnumber their Chinese brethren by a factor of nearly 100.

Of course, past private space boomlets have come and gone without lasting impact. The flurry surrounding Motorola-backed Iridium, a constellation of communication satellites launched in the late nineties, is a prime example. Less than a year after blast off, the initiative went bankrupt; and others like it have been bogged down by excess hype, immature business plans and government disinterest. But the current era has a good chance of breaking from the past. More than a few private efforts have seen a lot of success already, luring NASA toward somewhat of an anchor tenant role. In exchange for its support, the agency stands to benefit from both private ingenuity and the amortization of costs and risks across many different organizations. This collaboration could be the shot in the arm NASA needs to secure its status as the world’s leader in space exploration.