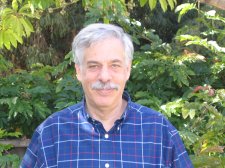 Patent applications are expensive, as are company lawyers and the outside legal counsel that file the patents. In a downturn, you can expect that companies will shave back on patent filings and even cut budgets for legal support.

That’s shortsighted, since patent protection is useful in our litigious society. For start-ups, filing for patents may be a luxury when the issue at hand is survival. But there is a way around the problem: the provisional patent application.

This is one of the impacts of the downturn that start-ups and other tech companies ought to be aware of as they look for strategies to survive in tough times.

Dan Appelman, a partner at patent law firm Montgomery & Hansen in Menlo Park, Calif., said that provisional patent applications are much less expensive to file and they can give the filer a “priority date.” That is, the application can give someone an earlier filing date of record over other people claiming the same inventions.

“Patents are nice to have, but tech companies are cutting back on them,” Appelman said. “We’ve noticed it in the past six months and it’s accelerating.”

“Companies are generally cutting outside legal spending in this ‘Sequoia RIP good times‘ environment,” said Yoichiro “Yokum” Taku, a partner at Wilson Sonsini Goorich & Rosati, the Palo Alto, Calif., law firm with a lot of tech clients. “I haven’t specifically heard about cuts in patent spending, but it doesn’t surprise me.”

He agreed with Appelman and said that a provisional could be mostly prepared by the company itself, with perhaps a nominal amount of patent attorney time.

Even in good times, provisional patent applications are useful. They help the inventors focus on what they’re doing that is unique; the inventors can learn what else is out there which might disqualify their claims, Appelman said.

Costs per patent application vary by region and complexity. If you hire a patent attorney to do it for you, the costs run $10,000 to $20,000. But a provisional patent application costs only $1,000 to $2,000. Of course, you’re only really deferring that cost for a year with the provisional route. But for a start-up running low on cash, that can make a difference, Appelman said.

Mark Radcliffe, a partner at DLA Piper in San Francisco, said that patents are an easy target for cutbacks. But he said, “You would be better to file fewer good patents than use the ‘provisional patent applications’ system.  The problem with a badly written provisional is that you can only claim priority to what is in the provisional so you are creating a very shaky foundation for the later patent.”

Other forms of intellectual property protection include filing for copyright protection, if it’s appropriate. The inventor simply puts a notice of copyright protection on the invention once it’s published. Appelman said that life sciences and semiconductor applications tend to be the most difficult, since they involve technical information that has to be explained to a lawyer.

Of course, it’s not the end of the world if fewer patent applications get filed. Worldwide, there were 1.76 million patent applications filed in 2006, up 4.9 percent from a year earlier, according to the World Intellectual Property Organization.  The backlog is something like 1 million applications.

For more information on strategies for the downturn, check out our conference on Oct. 29 on How to manage your start-up in a downturn.