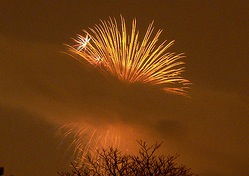 Google and Microsoft both made big announcements today about their business products in the Internet cloud. The Microsoft news was more significant, since it signaled there will finally be an in-browser, online version of Microsoft Office, which is a big deal for both businesses and normal consumers. Personally, however, I’m more excited that Google is going to be bringing more experimental features into Google Apps under the label Labs for Google Apps.

Big news for the rest of the world first: There’s been plenty of speculation about whether Microsoft is dooming itself by its loyalty to old software business models, and if not, when Microsoft Office would finally become available under the emerging software-as-a-service model . Well, that moment will come with the release of the next version of Office, code-named Office 14 (ooh, I hope we get an announcement that the official name will be … Office 14!), with a private beta test starting later this year. Microsoft demoed web versions of Office earlier today. They include the collaboration features you’d expect, such as version tracking and the ability for multiple people to work on a document at one time. Documents will probably be “locked” on a paragraph level, so two people can’t mess around with the same paragraph at the same time.

Web-based Office will work in Internet Explorer, Firefox and Safari. Microsoft isn’t releasing many pricing details, but there will be ad-supported versions, subscriptions and a business version that’s hosted by Microsoft. The web offerings will be “lightweight” versions of the desktop applications — during the press briefing, I asked Microsoft’s Takeshi Numoto for more details about the differences, but he said that’s the wrong question.

“Rather than thinking about moving a bunch of features from the rich client into the web, think about what makes sense for this use case,” he said.

Microsoft says the web and desktop versions will be complementary — in other words, unlike most cloud applications (such as Google Docs), you wouldn’t use it for your day-to-day work, but specifically for collaboration. This echoes Microsoft’s approach to its just-announced cloud application platform, Windows Azure, in that they both reflect a hybrid approach to the cloud, rather than a wholehearted embrace.

We’ll see if the pricing makes it competitive to purchase both a desktop version of Office and a web subscription. If so, that could be bad news for Google Docs and other online office products, which tend to compete on pricing and collaboration, rather than features.

But Google hasn’t been sitting still either. It has already been rolling out cool new features for Gmail through Gmail Labs. Now, Google is the “labs” approach to Google Apps, where businesses can use tools like Docs and Gmail under a custom URL. There are three new features already — an app for moderation, one for catching bugs in your software code and one for creating easy-to-remember links. These apps are built Google’s cloud platform, the Google App Engine.

Even more promising, Google will open this up to third-party developers. Hopefully, we’ll see a bunch of really cool new business apps soon (I say that selfishly, as an Apps users who’s occasionally bangs his head against the limited functionality). This is just one way that Apps will continue evolving, making the product itself more and more competitive with Microsoft. (Just to be clear, this doesn’t include improvements to existing Google Apps, which fall aren’t part of the labs category.)

Regarldess of whether you’re a Google of Microsoft loyalist, your cloud options just got a little better.