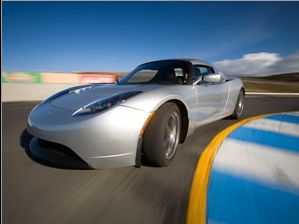 Reports are growing that the financial crisis is hurting big investors that have traditionally sustained the venture capital industry. Large institutions, such as pension funds, financial institutions (including some of the banks that are going bankrupt) and university endowments give money to venture firms, which turn around and make bets on startups.

Increasingly, though, some of these institutions (known as limited partners, or LPs) are having trouble meeting their commitments to VC firms.

The result is that everyone needs money, fast. Hedge funds like Galleon, and Silicon Valley companies like electric car manufacturer Tesla and social network Facebook, are now trying to raise money in the Middle East, according to sources. Meanwhile, many angel investors have disappeared and deal-making has slowed down to a feeble craw.

VC firms typically make “capital calls” to their LPs whenever they need more money to pump into their startups. However now rumors are circulating that Columbia University’s endowment fund is illiquid — that is, it can’t raise the cash it needs to fund current commitments. Harvard, meanwhile, is reportedly trying to sell a third of its private equity portfolio at a steep discount in a “secondary offering.”

We’ve heard from other solid sources that Harvard is indeed selling some of its private equity positions in the secondary market. Others are too. California’s largest pension fund, CalPERS, for one, has had issues, and we’re investigating this to get more details.

This may be more serious than some realize, even with the gloom already out there. We just heard of a Silicon Valley company that couldn’t raise a round because one of its VC backers attempted a capital call, but the firm’s investors couldn’t come through with the funds.

Hans Swildens, of Industry Ventures, a firm that specializes in helping take over commitments that Limited Partners can’t make (see our early story about the growing capital call problem), says:

We’re starting to also see all the later stage companies miss Q3 numbers and guiding down for Q4 and 2009, that makes the company’s CEO/CFOs rebudget, do layoffs to adjust expenses and also has growth impacts (not investing for growth, but hunkering down). This will make valuations drop.

Apparently, this is one area where the U.S. has more problems than other countries. Institutions have generally been more active in devoting capital to private equity and venture capital. I talked this morning with Frank Boehnke, a general partner based in London for Wellington Venture Partners, who says Europe is seeing fewer capital calls problems. But he says the worst of the problems may not be seen for a few months. Many institutions rely on returns from previous commitments to fund their capital calls. Because they’ve been getting fewer returns from their investments lately, capital calls going forward become harder to fulfill.

Update: The large limited partner Alpinvest Partners is reportedly saying it’s no longer interested in investing in venture firms that raise new funds because Alpinvest can simply buy ownership stakes in the VC firms for much cheaper on the secondary market, where they “can be had for 50 cents on the dollar,” according to PE Hub. Alpinvest, which has more than $51 billion under management, is currently evaluating about $3 billion worth of secondaries “with a short fuse,” PEHub reports.