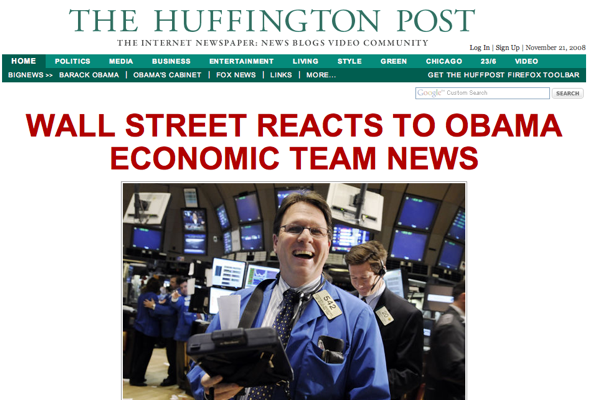 The Huffington Post, a popular political news site, has raised a $15 million third round of funding, according to The Times UK. The investor is Oak Investment Partners, PaidContent says it has confirmed, adding that the funding may be higher — and that the round may not be closed. But these reports are “stupid and false” and “wrong across the board” a source tells Silicon Alley Insider.

My guess is that, like PaidContent said, the funding isn’t closed and the amount isn’t determined; that situation would leave SAI’s source enough wiggle room to make the above statements.

The Huffington Post, sometimes known as “HuffPo,” was founded by political journalist and television personality Arianna Huffington in 2005. It has surged to become a top, left-leaning destination for political news and opinion during the past election cycle. It drew 4.5 million unique visitors in September, according to comScore. [Update: As commenter Nick points out below, Huffington Post uses rival analytics service Quantcast — which is often more reliable. It shows 9.6 million monthly U.S. visitors and 11.9 million worldwide visitors.] While some of its bloggers are paid, most of its near-countless contributors are not. As a political news junkie, I certainly found myself on the site quite often during the 2008 presidential campaign, enjoying the wide range of writing styles and quality it offered.

The company has been trying to branch out into more local news since earlier this year — and now wants to do more investigative journalism, the Times says. No doubt, HuffPo doesn’t want to be known as just a political site anymore because the elections are over and Huffington’s side won. The Times UK reports:

[Arianna Huffington] is a close friend of Barack Obama, the President-elect – who, with Hillary Clinton, has posted on her site – and, at a dinner in London on Wednesday night, joked: “I only text three people – my two teenage children and Barack Obama.”

Still, its post-election traffic has apparently continued going up, possibly because of its ongoing coverage of Obama’s presidential cabinet nominees.

The site had raised a total of $12 million before this latest possibly-nonexistent, possibly-closed round.