Hope you had a delicious Thanksgiving. Here’s proof the news machine never stops:

Yahoo’s European head says arrivederce — Toby Coppel, in charge of Yahoo’s Western European market, is out, according to All Things D. 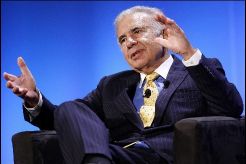 But Icahn is buying — Billionaire investor Carl Icahn is circling the bleeding hulk that is Yahoo like a shark, having just bought up about $67 million more in company shares. He now holds about 5.5 percent of Yahoo.

E-commerce shrinks — Online sales need a healthy dose of Viagra. E-commerce is down 4 percent from last year, according to comScore.

Navitas Capital getting its start in cleantech — New venture fund Navitas Capital is working on raising a first fund of up to $50 million for investing specifically in the green building industry. 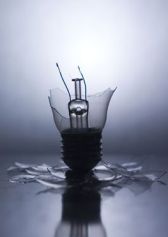 LEDs and compact fluorescents to rule — One of the latest projects to increase the efficiency of the incandescent light bulb has been abandoned, clearing the way for newer alternatives.

Army paying $50M for war games — The U.S. Army has set aside a fund for five years of game development to help train (and amuse) its troops.

Tivo economics look good — Freakonomics gives a breakdown of the time-economics of the Tivo, leading the author to wonder why such devices aren’t used more widely.

SEC gives reasons for shuttering Prosper — The SEC has decided that peer-to-peer lender Prosper is really a seller of securities, and must be regulated as such (and closed in the meantime).