Social network hi5 has launched a gift store. Like Facebook and MySpace, the company will let its users buy virtual gifts for each other. Virtual goods brings in hundreds of millions of dollars for web companies in Asia, but the revenue stream is still picking up in the U.S. and other parts of the world. Hi5 has users worldwide, but especially in Latin America, so it remains to be seen how significant this new revenue stream will be for the company. 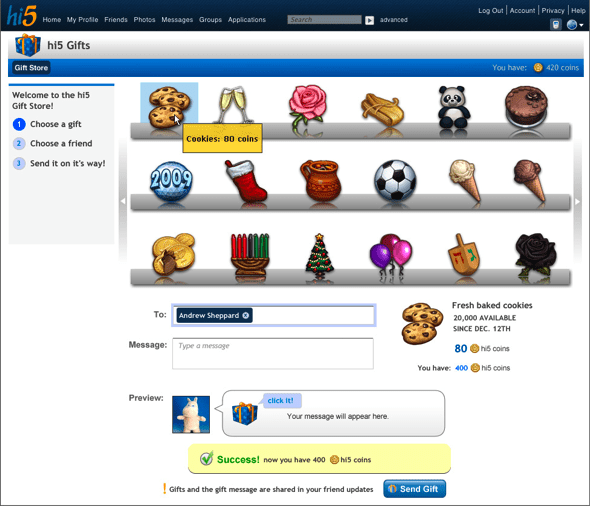 However, hi5 is maximizing gift-giving potential for its diverse user base. The virtual currency used for buying these gifts, called Coins, will be available for purchase by credit or debit card worldwide through partner Clickandbuy.com‘s payment service. The gifts, of which there are 36 at the moment, include Chinese steamed pork buns, a Mexican “Rosca” cake eaten on January 6th to celebrate Three Kings’ Day, and a Jewish dreidel. Gifts are priced based on local purchasing power and exchange rates.