RateItAll, the site that lets users review anything and everything (and shares its ad revenue with reviewers), unveiled its redesign today. The overhaul includes new social networking features that overlay its regular reviews.

The biggest addition in this area is the option to take a “compatibility quiz,” which means rating a bunch of items in a particular category, be it fruits or Web 2.0 companies. Then the site gives you a list of other users with similar responses, and you can “follow” their reviews or connect to them as a friend. (As a bonus, you’ve just added a bunch of ratings to RateItAll’s database.) The other big social feature is a news feed, which can show new ratings and reviews based on either specific categories or specific reviewers you’ve chosen to follow.

The redesign’s features also include the ability to add any item to the database, and an application programming interface (API) that allows other sites to access RateItAll’s ratings and reviews. That makes it easy to add consumer ratings to your site, while giving RateItAll half of the ad revenue and increasing its exposure around the web.

Co-founder Lawrence Coburn says he’s convinced that compared to more focused review sites like Yelp, “radically horizontal will win over time.” I’m not sure the San Francisco company will ever overtake Yelp, but that doesn’t mean it won’t find a healthy audience — in fact, it already has, with 1.3 million visits in December, up 44 percent from June.

RateItAll has raised $1.4 million in financing. 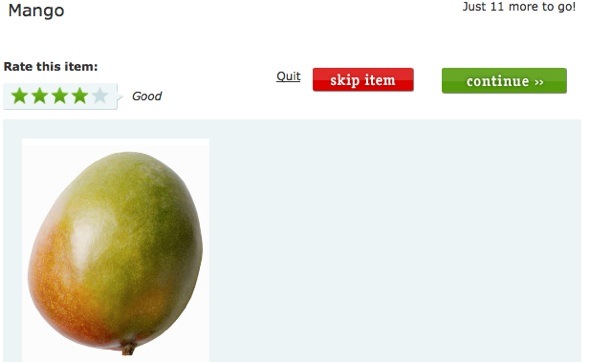