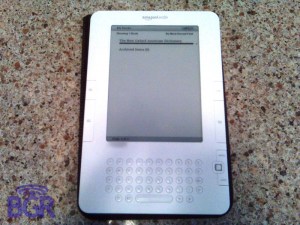 The Kindle — or, as it might be known to some: the weird book screen thing Oprah showed off in October — has basically been sold out since that episode aired. But rather than chalking its unavailability up to a major failure on maker Amazon’s part, it’s been evident for a while that a new version is in the pipeline. And it looks like we’ll finally get to see it on Feb. 9.

Invites have gone out for a special event in New York City, to be hosted by Amazon chief executive Jeff Bezos. Little to no information has been divulged about what will be discussed at the “Jeffnote” (you know, like a Stevenote minus one Steve Jobs), but it’s not hard to put one and one together. The Bits blog did, and came up with the Kindle 2.

The device, which may or may not look like the images published by the blog The Boy Genius Report nearly a year ago, will undoubtedly be an improvement over the current Kindle, which a lot of people seem to love in theory, but not so much in practice. Still, it begs a larger question going forward: Are people really going to want to carry around a fairly large electronic device when they already have several others?

Sales of the first Kindle seemed pretty good — but that’s relative. Amazon probably sold about 300,000 units in its first year. That’s about equal to what Apple’s iPod device sold when it first appeared in 2001. But the iPod went on to explode in sales — this quarter Apple sold nearly 23 million iPods — and there’s no guarantee that will happen for the Kindle. In fact, I’d be shocked if the device even sold a fraction of that in a quarter. Call me unenlightened, but it’s impossible for me to believe that digital books are ever going to be as popular as digital music. 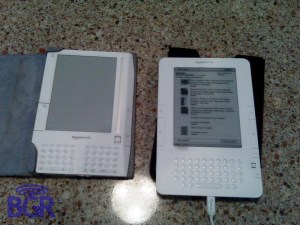 And the Kindle, at least the first version, is clearly tailored for bibliophiles — which is a bit odd considering that many of the book lovers I know seem to love physically having a book almost as much as the words in it. Maybe that sentiment will fade with time (I used to love having CD cases too, now they’re just a hassle), but again, it won’t on the scale that it has with music.

And at $359 (the current price of the Kindle — it was $399), the device is a bit of a high-priced gamble. If it fails to take off, you could be the proud owner of a $400 thin, white Etch-A-Sketch in five years. $359 is not a good price for a brand new product, especially in this economy — $99 is more like it, but would Amazon really risk losing money on each unit sold just to gain market share? I guess it worked for Microsoft with the Xbox.

But really, let’s be honest, the Kindle faces an even bigger challenge — one that starts with a lowercase “i” and has sold over 17 million units since its launch in 2007: The iPhone.

I get pinged when new applications are accepted into Apple’s App Store, and a lot of them are eBooks. Right now, there are some popular eBook readers for the iPhone like Stanza, but there are also many single applications that are books themselves. With so many flooding the store on a daily basis, they must have an audience. 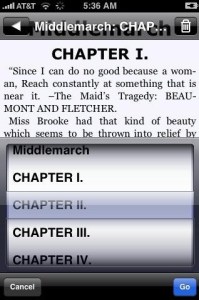 Obviously, a device like the iPhone is going to offer a worse reading experience. First and foremost, the screen is much smaller. Secondly, the Kindle is built explicitly for that purpose. I doubt the possibility of eBooks influenced the iPhone’s design in any significant way.

Having said that, you can not discount the convenience factor of using the iPhone as an eBook reader. While I’m tempted to buy a Kindle to see what it’s like (and to see if it will get me reading things beyond tech blogs again), I’m not going to kid myself and say that I’ll be carrying it around all the time. Even if it’s smaller than the current version (and pictures suggest it isn’t), it’s going to be too big for everyday toting.

Still, I wish the Kindle 2 all the luck in the world. It’d be nice to see that kind of device succeed, but I have my doubts as the world moves to smaller, multi-purpose devices. Unless of course, the Kindle 2 can make a call…