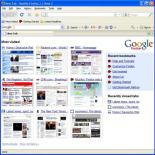 Bill Gates, Debbie Downer of Davos — The Microsoft founder predicts the economic downturn will last four years and says the Bill and Melinda Gates Foundation has lost a fifth of its value.

Ma.gnolia crashes and burns (and not even because of the economy) — The bookmark sharing web site lost its primary bank of user data and its backup in what Wired’s blog has called a “catastrophic” failure. Ouch.

Hitachi caps off lousy week for Japan — The company forecasts a $7.8 billion loss, the biggest ever for a Japanese manufacturing company.

Even more bad news for newspapers — Printing the New York Times (in mass every year) costs twice as much as it would to send every subscriber a free Amazon Kindle, according to Silicon Alley Insider.

Get your virtual shopping done early on Facebook — The social network now lets you schedule virtual gift giving up to a week before your friends’ birthdays. You’ll never have to send an embarrassingly belated fake cupcake again.

Outsourcing not so hot right now — The financial crisis and terror attacks in Mumbai have cooled Silicon Valley’s enthusiasm for outsourcing operations to countries like India (expected to drop three percent for the tech industry in 2009).

Red Herring goes belly up (maybe) — The online tech magazine’s site has been down for a few days, with unconfirmed reports circulating that the company has shuttered. Granted, they were set off by one Tweet, and no employees have been informed of the closure.