Social network hi5 is introducing a casual games section to its site today, complete with its recently-launched virtual currency (called “Coins”) and a range of more than 40 arcade, casino, card, sports and strategy games. It’s the latest move in the company’s effort to focus on “social entertainment” — later this year, it plans to introduce instant messaging (wrapped into games, as well), avatars and eventually a full-blown virtual world. 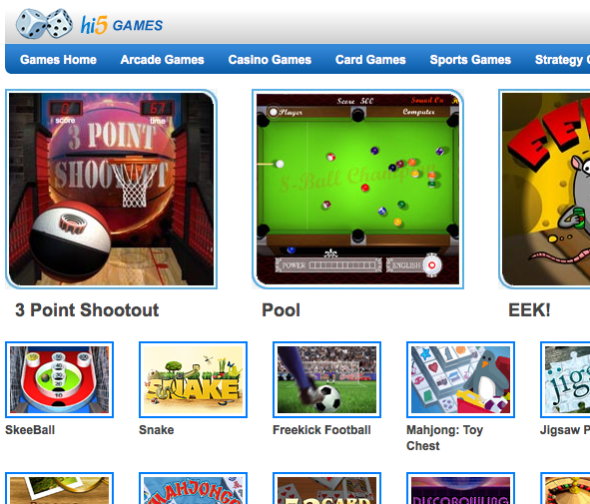 The company is focusing on virtual goods as a way of making money. Although the games are free now, users will be able to buy the currency using their credit cards, then use it to purchase game upgrades, unlock higher levels and downloads — and eventually pay to participate in the virtual world. This feature and revenue stream have proven especially popular with teen and early-20s social network users in China and other Asian countries. Hi5 has more than 60 million monthly active users in a diverse array of countries, from Mexico to Thailand to Romania — mostly between the ages of 15 and 24 (not lucrative ad markets). To make more money from these users, the company is also working to offer games that are specific to various geographies, as it has previously done with its virtual gifts. One day, you might be able to buy a top virtual soccer star in a soccer game on hi5, for example. 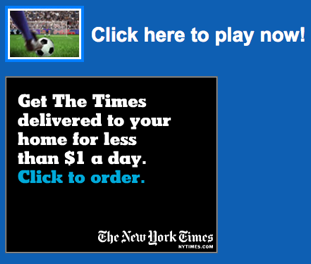 The games in the official hi5 games section currently include hi5 branding, but they were developed by third parties, and the site says it is open to talking with other third-party developers about adding their games to the platform. San Francisco-based hi5 already offers a developer platform that some companies use to publish casual games, but the new dedicated games section has the added benefit of, well, being a special promotional section for games, and tight integration with things like the virtual currency. The company isn’t disclosing specifics about how it’s structuring revenue-sharing with game-development partners.

The company is already starting to make money from the site’s new section. The games are Flash-based, and already a place where hi5 is starting to serve “pre-roll” ads that run before a user can begin playing a game. This ad space can be integrated with other ad campaigns running on the hi5 site. (Although when I went to play the soccer game, I got an ad for the New York Times.) The big question is how much San Francisco-based hi5 can make from its ads and virtual goods. Gifts were introduced in early December before the holidays. The company says it’s still too early to start sharing numbers.