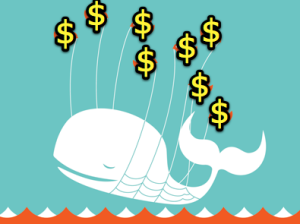 Micro-messaging service Twitter wants to be a core way people share information on the web or on any other device. But Facebook, MySpace and others are trying to do the same thing — and they’re increasingly offering Twitter-like features. Now Twitter (after turning down a purchase offer from Facebook last fall), has further cemented its intentions to fight the social networking giants. It has raised a new round of $35 million from Institutional Venture Partners and Benchmark, with existing investors Union Square Ventures and Spark Capital participating, IVP has confirmed.

While the San Francisco-based company isn’t saying how much the new round is valuing it at, a report last month suggested $250 million. [Update: Gawker has some more details. The $35 million investment was for 15 percent of the company’s stock, implying a $230 million valuation. Other existing investors who participated in this round included “CRV, Digital Garage (from Japan), and an impressive stable of angels.”]

So how is Twitter faring? It recently surged to be the distant third-largest U.S. social network behind MySpace and Facebook, according to recent Compete numbers. Per cofounder Biz Stone, “Twitter is growing at a phenomenal rate.” From the company’s blog post on the funding:

Active users have increased 900% in a year and even though our web traffic is amazing, we see twice that traffic to the APIs. Interacting with Twitter over SMS is also getting more popular every day. Our relatively small team of 29 employees has accomplished quite a bit lately but it’s obvious that we have the world ahead of us.

What’s more, the company has reiterated its plans to eventually make money somehow:

We are now positioned extremely well to support the accelerating growth of our service, further enable the robust ecosystem sprouting up around Twitter, and yes, to begin building revenue-generating products.

The company has previously raised two rounds of funding for a total of $20 million. Other investors have included Charles River Ventures, Bezos Expeditions, Digital Garage and a wide range of well-known angel investors. In the blog post today, Stone also says the company still has the money from Spark in the bank. Per the new deal, finalized last night, Benchmark’s Peter Fenton will join the company’s board.