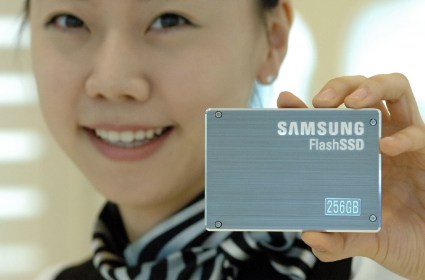 If you lose a lot of flash drives while traveling, this solution is better than having to tell the boss that you lost a bunch of sensitive data.

The self-encrypting solid state drives (SSDs, as the flash-based replacements for hard disks are called) can encrypt data as it is saved to the storage device. Full disk encryption, as it is called, has been a standard feature in many commercial laptops and desktops with hard disks. Now Samsung will include the capability with drives ranging in capacity from 64 gigabytes to 256 gigabytes.