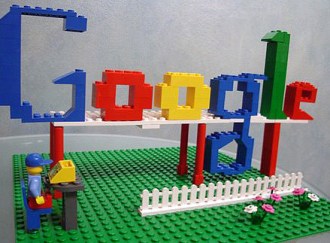 Google has announced its first quarter financial earnings, and so far the results look decent — given the economic climate. The search giant reported net revenue of $5.5 billion, or $5.16 per share. In terms of historic earnings, Google’s Q1 performance was actually down 3 percent compared to Q4 2008, and up 6 percent in comparison to Q1 2008.

The company’s net profit came in at $1.42 billion for the quarter, or $4.49 a share. Although hardly explosive growth, this still represents a modest increase from last year’s $1.31 billion in revenue, and $4.12 a share.

As for the market’s expectations, Google’s performance wasn’t that bad. Analysts were expecting revenue drops as low as 13 percent for the quarter and 2 percent for the year. Still, it’s worth noting that Google’s Q1 performance represents the company’s first quarter-over-quarter decline. However, given the current economic climate, the market still apparently views the company’s performance favorably. At the time of this posting GOOG shares are trading at $388.74, which is an increase of $9.24.

Below is a quick hit on some of the highlights. For the full monty, be sure to check out the company’s release: