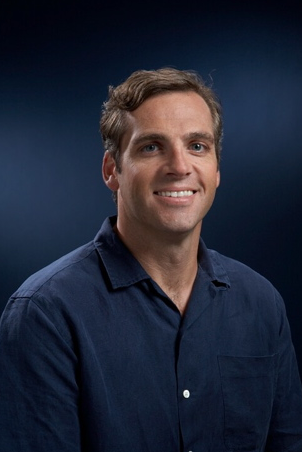 After simmering rumors about the possible departure of MySpace chief executive Chris DeWolfe, the lid was blown off yesterday when a TechCrunch report suggested that the company was actively searching for a new CEO. Although a leadership change hadn’t been imminent, the report spurred DeWolfe to ask to his new boss, News Corp. digital media head Jonathan Miller, about his future — and yeah, now some sort of DeWolfe departure is happening, according to two reports by AllThingsD.

MySpace isn’t commenting for the time being.

Although DeWolfe may continue on in an advisory role, Miller is close to hiring former Facebook executive and current Project Playlist CEO Owen Van Natta, according to AllThingsD’s Peter Kafka and Kara Swisher. TechCrunch, meanwhile, has an apparently leaked list of possible candidates, with Van Natta looking by far the most plausible of any listed. Project Playlist, a streaming music startup, brought Van Natta on last fall but it still hasn’t resolved longstanding copyright lawsuits from two major record labels. MySpace and Facebook banned its application from their sites as a result of ongoing legal issues, cutting off key sources of traffic. Van Natta has wanted to be the CEO of a consumer internet company for quite some time, so MySpace could be a good fit for him (he was notably in the running to head MySpace’s new music portal last year, but reportedly declined because he wouldn’t have enough freedom within the News Corp. hierarchy).

Van Natta is a highly regarded businessman — he helped broker Facebook’s $240 million investment from Microsoft, among many other things — but is he really who MySpace needs right now? News Corp. owner Rupert Murdoch is apparently unhappy with MySpace’s flat traffic. The way to fix that problem is to come out with innovative features that make people want to use MySpace more. That change, if MySpace’s rivals are any judge, needs to be driven from the top down.

Facebook founder and chief executive Mark Zuckerberg has stayed at his company’s helm and pushed a wide range of product redesigns over the years, including the introduction of news feeds in 2006 all the way to the latest status update-focused redesign last month. That process hasn’t always been smooth, but overall, it has clearly been a win for the company. It has grown to more than 200 million monthly active users last month while MySpace’s traffic has hovered around 130 million since last year. Meanwhile, microblogging site Twitter, a sort of social network, has also been growing quickly under the leadership of co-founders Biz Stone and Evan Williams.

Web product innovation is extremely competitive — and, to be sure, MySpace has been making a lot of very positive moves in the last couple of years to try to reclaim its number one position. It has jumped headfirst into using and promoting the Open Social developer platform for social networks, as well as its own MySpaceID distributed identity service, and its mobile social networking features. Some features have come out ahead of Facebook but most — like its news feed — have looked more like follow-on efforts.

The question is if Van Natta (assuming he gets the job) can not only follow through on those initiatives, but build a team that can more broadly redefine the company to make it cooler than any of its social networking rivals. That is an extremely tall order for anyone, especially anyone without founder DNA. As I’ve written already, DeWolfe and fellow MySpace cofounder Tom Anderson would may still be the best ones for leading the company, even if that’s no longer an option. They helped MySpace grow from a tiny Friendster copycat through efforts like tapping into

MySpace has already made a point of defining itself as an entertainment site — hence MySpace Music and its popular video application — and its traffic seems to not be dropping among its entertainment-loving younger demographics. Maybe Miller and News Corp (and Van Natta) have accepted this, and will continue to focus on being more of a niche site and not the largest, most ubiquitous social network in the world. Or maybe Van Natta and whoever he brings in will try for the bold sorts of redesigns that erstwhile employer and rival Facebook lives or dies on.