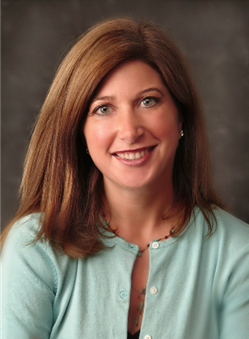 What do you do when when you’re one of the only female leaders of a venture capital firm, when it implodes because of charges around your personal life, and when the future of investing just doesn’t look all that good?

Well, one answer is run for mayor of San Francisco.

I recently sat down to talk with Joanna Rees, now that it’s a year since the settlement of an ugly case surrounding the love affair she had with another partner at her firm, VSP Capital. Notably, Rees, while saying she has been vindicated from the key accusations that were made about her, said she will likely give up her full-time investing career, and run for political office — and she’s got her eye on the SF mayor’s office.

An increasing number of venture capitalists these days are at a loss for what to do after they leave their venture careers, they tell me. Politics is something that often comes up as a possibility, but few of them actually follow through. Rees, however, sounds pretty serious. She says politics would be a good use of her expertise and talent. For instance, her understanding of finance could help bring better order to SF’s budget, which currently stands 483 pages long. Few people understand the sources and uses of the city’s cash, she says. Some sources aren’t sustainable.

Her decision to withdraw from investing is a surprise to me. She gained the nickname “Alley Cat” for a reason. Her career shows remarkable persistence and grit — she was an outsider, with no traditional background in finance, yet she rose through the ranks of the male-dominated venture capital industry to become one of the very few visible female leaders of a firm.

Rees told me during the interview that the media treated her unfairly during VSP debacle, holding her to a higher standard than they would have had she been a man. For instance, there were claims she’d had an extra-marital affair, she said, even though she was no longer married at the time (although it’s true that Hamm was married). She points out that several prominent male venture capitalists in Silicon Valley have had affairs, but this hasn’t hit the news. Granted, her case is more complex than most because her relationship with John Hamm, another partner at VSP, originally wasn’t disclosed to her firm’s other partners, nor the firm’s investors. Some investors felt the omission was a big deal. Ultimately, investors decided to pull out of the fund, leading to the firm’s breakup. Rees says none of this needed to happen. The debacle was humiliating for women, she said. “It tells women: Don’t try. You’re going to be taken down, because you’re not wanted here.”

Still, Rees says she has been vindicated by the settlement. As originally reported, Matt Crisp, one of the partners who accused her of wrongful conduct, was forced to eat humble pie, issuing a statement essentially saying he was wrong on some of his statements about the couple, and even made a payment of undisclosed amount to settle. But here’s the most recent shocker VentureBeat has learned: Adams Street Partners, the firm Crisp joined after leaving VSP, recently dismissed Crisp after learning that he reportedly violated codes of conduct, in which he did not disclose personal investments. Crisp, however says his departure was amicable and that both he and Adams Street are in agreement on that. An Adams Street representative declined comment.

Since VSP was disbanded four years ago, Rees hasn’t slowed down. In fact, she and Hamm have made eight investments since then, including into OffBeatGuides, a new travel site; Affinity Labs, which has already since been sold for a profit; Vivanista, a social network for affluent women; and Enquisite, an advertising analytics company.

Then last year, the two contemplated raising a new fund for investing, but decided by fall that it didn’t make sense. The economic environment shows little visibility of potential for IPOs, and nurturing more than the 12 companies still in the VSP portfolio, in addition to their recent investments, is enough work. Moreover, they looked at industry returns and estimated that less than 5 percent of the industry’s 600 or so venture capital firms have actually earned “carry” since 2001. (Carry refers to the profits that are made on investments. A firm’s partners usually take 20 percent, while the firm’s investors take 80 percent.) Since there’s no carry, most venture capitalists are making their living off the management fees they charge their investors, and investors are getting zero. It’s not sustainable.

The two are currently teaching a leadership class at Santa Clara University.

But going forward, Rees is seriously considering running for political office in 2011, she tells me. She is coy on exact plans, but says she could bring change to the opaque state of San Francisco government. She would bring transparency and solid fiscal policy to the process and promote education, she says. She’s already a board member of the New Schools Venture Fund and of the National Foundation for Teaching Entrepreneurship. She calls herself a “radical centrist,” and calls traditional party politics “outmoded.”

Here’s the interesting thing. All this came in a conversation we had last week, before the Mayor of SF Gavin Newsom tweeted he is running for governor. One thing is for sure: Besides grit, Rees has timing.