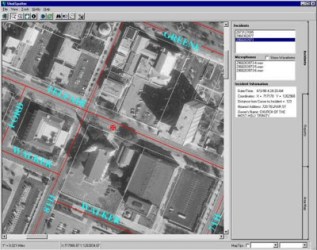 ShotSpotter, maker of sensory systems used to detect gunshots, has acquired technology from British defense firm QinetiQ for an undisclosed amount. The deal will extend ShotSpotter’s reach into new markets, including law enforcement and military combat.

The Mountain View, Calif., company provides equipment used to pinpoint the exact location of gunshots, allowing authorities to properly respond. Unsurprisingly, its roster of 40 customers includes city governments, police departments and military groups. Its sensors are currently active in 40 cities across the U.S., including Los Angeles and Washington, D.C., reports VentureWire. Officials in these cities have already reported a decrease in crime where the sensors have been implemented — a trend attributed to greater police presence and shorter response times.

Specifically, the new technology ShotSpotter purchased comes from Planning Systems, a QinetiQ subsidiary that combines sensors with camera technology, allowing authorities to immediately see video of areas where gunshots have just been fired. While ShotSpotter has had some of its sensors installed in areas of Baghdad, its deal with QinetiQ will help grow its military penetration and allow combat units to combine the sensors with cameras to locate snipers.

ShotSpotter has taken in $30 million in capital since 2004 from backers including Levensohn Venture Partners, Band of Angels, Broidy Capital, City Light Capital, Claremont Creek Ventures, Labrador Ventures, Lauder Partners Management, Norwest Venture Partners and Westly Group. It expects to break even by the end of 2009.