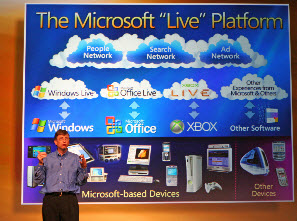 "Microsoft says hackers seek to attack PowerPoint users ," screams the headline from Reuters. Good news: Microsoft has already published a security update you can download and install. It plugs 14 holes in PowerPoint that could possibly allow remote control of a compromised PC. As far as anyone knows, only one of those 14 holes has been attacked, but the other 13 were potential problems.

The problem affects many versions of PowerPoint. Microsoft’s bulletin lists them:

1. Launch Internet Explorer on your PC. It doesn’t matter what version.
2. Go to update.microsoft.com . It should pop open another window that says "Download and install updates for your computer."
3. In that window, click "View available updates."

4. The window will change to show a list of possible updates. Look for a header that says "Office 2007" or whatever version you have.

5. If you see an update labeled "Security Update for Microsoft PowerPoint 2007," or whichever version you have, that’s the fix you need to install. Make sure the box next to it is checked, then click Install in the lower right corner of the window. Follow instructions from there to install the update.
6. If you have Office installed but didn’t see a Security Update for PowerPoint, your PC has already automatically installed the fix. You’re safe.

In the future, I hope Microsoft includes this sort of basic how-to instruction with this kind of critical update. It would make many people’s jobs and lives easier, including mine.