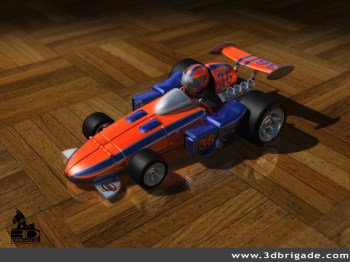 If Intel is going to get anywhere chasing after the graphics chip business, it has to invest heavily in research and development. The world’s biggest chip maker took a step in that direction today as it announced it is investing $12 million in a new research center in Germany.

The investment will fund research over five years and represents Intel’s biggest collaboration with a university in Europe. The Intel Visual Computing Institute is at the Saarland University in Saarbrucken, Germany.

Visual computing is currently the domain of chip rivals Nvidia and Advanced Micro Devices. But Intel has a huge chip set business with graphics integrated into the chip sets. That is largely a low-end business today, but Intel plans to enter the high-end market next year with its dedicated graphics chip, Larrabee.

Intel’s move is also defensive, since the rivals are also attempting to get their graphics chips to handle more tasks performed by today’s Intel microprocessors. As realistic as graphics are today in video games and industrial designs, the whole industry is still chasing photorealistic perfection. And beyond games, applications in medical imaging and 3-D models for scientific research still demand better graphics. Intel says its vision is to create computer applications that look real, act real and feel real, said Justin Rattner, chief technology officer at Intel.

The lab will do basic and applied research in graphics and new user interfaces. It will supplement work done in other Intel research labs around the world. In a similar move, Nvidia recently hired Bill Dally, head of computer science at Stanford University, as its chief scientist. Dally plans to hire more researchers, although he is bound somewhat because of a hiring freeze now as the company plows through the recession.