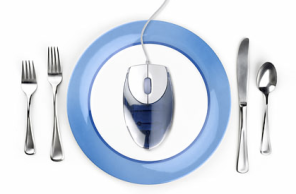 Online reservation service OpenTable is predicted to go public this week — much to the excitement of the Silicon Valley community — and it just lifted its estimated price range from $12 to $14 per share to $16 to $18 in response to investor demand. The filing would mark the fifth and smallest technology offering this year, boding well for other young companies finding their legs after the fourth-quarter market freeze.

Last year, we predicted OpenTable would go public this year, based on the company’s momentum, including its likely traction on new mobile devices.

The San Francisco company plans to sell 1.57 million shares, with investors selling 1.43 million to raise as much as $54 million. It says it will use the money to build its sales and marketing operations and fund capital expenditures. There’s also a chance it could kick off an acquisition strategy, according to the filing, but no potential targets have been identified.

OpenTable may seem like a beacon of hope for internet startups, but it’s not quite representative. While most depend on advertising to stay afloat, OpenTable brings in steady revenue by offering software that restaurants pay for to allow their diners to make reservations online. And its subscription base is growing — up 2,000 restaurants in the last year alone. This, more than anything, is what has allowed it to achieve success so early.

Approved for listing on the Nasdaq Global Market as OPEN, Opentable should bring strong returns for its investors. Assuming a share price of $17, Benchmark Capital Partners‘ 25 percent stake would yield $89.9 million. At 16.2 percent, Impact Venture Partners would get $59.5 million, IAC would pick up $37 million, and Integral Capital Partners would take $25.5 million.

The underwriters for the IPO are Merrill Lynch, Allen & Co., Stifel Nicoloaus and ThinkEquity. They have the option to buy up 450,000 more shares to cover overallotments, according to VentureWire.