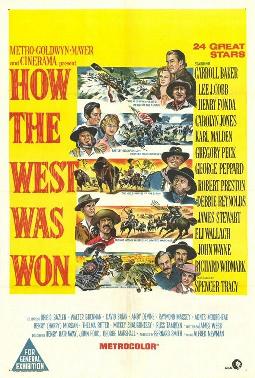 At Wednesday’s opening of the Google I/O conference for web developers at San Francisco’s Moscone West venue, Vic Gundotra presented five big improvements he said Google is most excited about in in HTML 5, the latest, still-being-revised version of the core language of the Web. Gundotra is one of the company’s many Vice Presidents of Engineering, but many remember him as Microsoft’s successful developer evangelist. This guy convinced geeks to code for Windows.

“The Web has won” over desktop and embedded software applications, Gundotra said, and these five features that will power the next generation of applications. Google wants developers to start using these tools so they don’t languish — and because Google execs feel they can win against Microsoft, Yahoo and AOL on a Web-based playing field.

The list isn’t only of interest for developers, If Gundotra is right, it points towards the kinds of Web tools many of us will be using soon as online consumers and creators.

Gundotra kept referring to a chart showing how all of these features run on the modern, “open” Web browsers — Firefox, Chrome, Safari, and Opera. Missing from the list was Microsoft’s Internet Explorer. Microsoft has claimed it wants to adopt these standards, too, and Googlers “eagerly await to see evidence of that,” he said, drawing catty laughter from the audience.

1. Canvas — Allows developers to draw and animate on a pixel-level. There are platforms that support this already, such as Adobe’s Flash. Canvas is designed to work with HTML and JavaScript, without requiring a browser add-on as Flash does. Gundotra illustrated Google’s vision of powerful graphics in any browser with a demonstration of O3D, Google’s tool that brings to Web-based applications the kind 3D animation users expect from video games.

2. Video — Again, there are plenty of ways to watch video in a web application already. But with the video tag in HTML 5, things become much easier. Instead of complex, error-prone embed codes, developers can point to the video in their code much as they now do to images. The video is much more likely to show up and play.

3. Geolocation — Most browsers now support some method of pinpointing a user’s location, such as the partnership between Google and Mozilla announced last month. As another demonstration of how geolocation is growing, Gundotra gave a demo of Latitude, Google’s location-based social network. It will work in the iPhone browser in the upcoming version 3.0 of the iPhone operating system.

4. App cache and database — These features help applications store data locally, so they work even if users aren’t connected to the Net. This is a crucial shortcoming for many mobile applications. Gundotra showed off the mobile Gmail application on the Android operating system. It worked even when the phone wasn’t connected to a network, so road warriors can read and answer downloaded messages. When the phone next connects to a wireless tower or Wi-Fi base, the phone will send and receive backlogged messages.

5. Web workers — This was the fuzziest concept, a meta-feature that rolled up the others. Gundotra’s demo showed how remote work away from home or office can be improved by bringing all four of the previous features together. It looked like fun, but whether it works or not will depend on how well software developers implement Gundotra’s demos as reality.