Weebly says that its easy-to-use website-building tools have helped create nearly 2 million websites (including my own). Now users can add customizable stores to those sites for free.

Basically, that just means Weebly has added integration with e-commerce services Google Checkout and PayPal, but judging from the demo that co-founder and chief executive David Rusenko gave me, the integration of those services with Weebly’s existing tools makes for a pretty powerful store-builder. All you do is drag-and-drop the store items wherever you want on your site (whether it’s a separate store page or just on your home page), adjusting the size and layout to your needs, then enter a product image, description, and price. If you’ve got a Google Checkout or PayPal account, Weebly takes care of the rest; you don’t have to leave the site.

There’s an obvious business model for these features — Weebly could take a cut of the revenue generated from each transaction. Except that’s not what the San Francisco company is doing, Rusenko says. Weebly makes no money off the current, early version of its store-building tools (though PayPal and Google take their own cut of transactions), and it has no plans to ever charge for these features, but will instead offer premium features for a fee later this year. 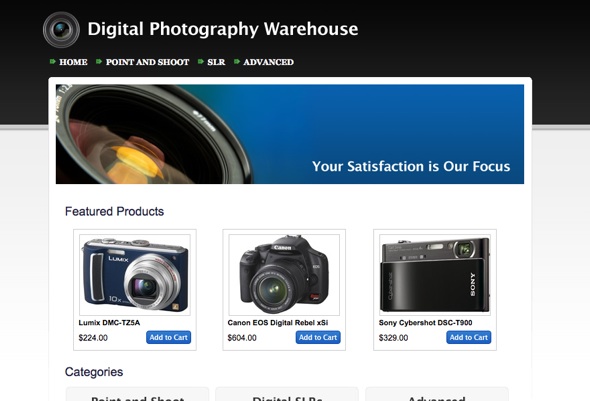 For now, Weebly’s stores are probably best-suited for small businesses or the kinds of individual artisans that you find on Etsy — the features aren’t really designed for large-scale operations, though that may change with the premium service.

Weebly already offers integration with Google AdSense, as well as a premium version of its site-building service, which allows users to do tings like remove Weebly advertising from their site.  Its competitor Yola (previously named SynthaSite) also allows users to build a PayPal store.

Weebly has raised $650,000 from Ron Conway and other angel investors.