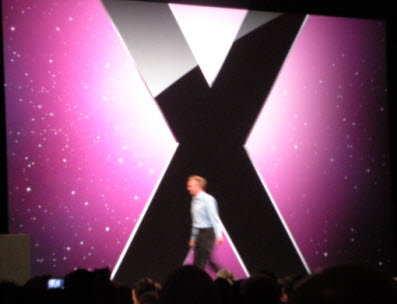 The new Mac operating system, Snow Leopard, will be priced at just $29, more than $100 off the previous version. The new operating system will be available in September.

A family version of the Mac OS with multiple accounts will cost just $49. That’s an incredible price discount that will put pressure on Microsoft to cut the price of its operating systems as well. Bertrand Serlet, the top Mac OS executive, made the announcement at the Apple Worldwide Developers Conference this morning.

Of course, Apple still has premium-priced laptops and computers, so it has ways to make up for lost software revenue as a result of this major price cut.

But this is one of the surest signs that Apple is serious about gaining market share on Windows. Already, there are more than 75 million users of the modern Mac OS.