There are a wide variety of create-your-own social networking companies out there, with the most prominent one being Ning. But a relatively young — and very scrappy — new competitor called Grou.ps is one the rise. It is seeing 25 percent growth in unique visitors per month; some one million registered users have created 40,000 groups. And, the San Francisco-Istanbul company has finished raising its first round of funding, adding $1 million from Golden Horn Ventures to a previous $1.1 million from the firm.

Grou.ps seems to be differentiating itself through a smorgasboard of features, including wikis, rss feeds, templates, as we’ve covered — although other companies offer many similar ones. It has an especially interesting new feature, though: A subscription model. You can create a new group on the site and charge people to join it, setting the price to whatever you think people will pay. And, to grease the wheels of this form of commerce, Grou.ps has included the sorts of advertising offers that you see within gaming applications on social networks. Users can sign up for offers like discounted Netflix rentals or ringtones, and earn the equivalent amount of money to the cost of joining the network. The results, chief executive Emre Sokullu tells me, have been “very good” so far. This is on top of its other revenue model for itself and its publishers — running Google AdSense. 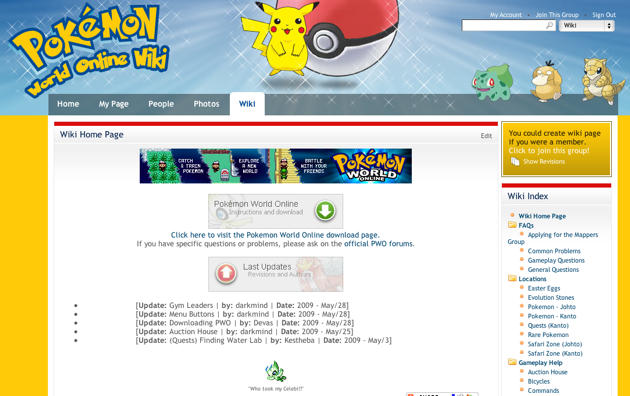 Who’s using the site? “A lot of online game communities, entertainment groups, education groups especially in North Europe, alumni groups in turkey, travel – backpacker sites and so on,” Sokullu says. “It’s very diverse actually.” Geographically, 25 percent of its users are in the US, 40 percent are in Europe and 17 percent are in Europe, with Japan and Malaysia also well-represented. The average group has 25 members. To get a feel for how you can customize Grou.ps, check out this nice-looking example site: The Pokemon World Online Wiki.

So, while still far smaller than Ning’s 200,000-some active social networks, Grou.ps seems to have figured out a combination of social features that amounts to a promising business.