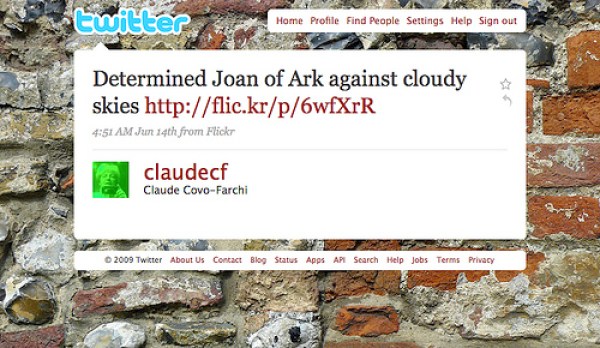 From an email sent to us by Twitter’s PR firm (we’ve added links to the relevant account configuration pages):

Here are some sample Flickr posts to Twitter. This is Flickr’s response to Twitpic, Posterous, and PhotoBucket. Flickr may be late to the game, but it’s got consumer brand recognition Posterous can only dream of.